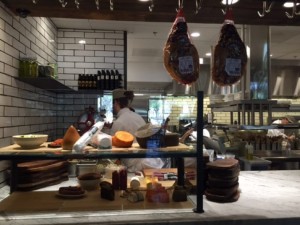 The Fairfax County Board of Supervisors Budget Committee has recommended that a meals tax referendum be put to Fairfax County voters in the general election this fall.

The idea will now go to the entire Board of Supervisors for a vote.

The meals tax, which supervisors last discussed — but decided not to go to referendum — in 2014, was brought up this spring by Hunter Mill Supervisor Cathy Hudgins.

The county is continually facing a budget gap, and supervisors last week voted to raise property taxes 4 cents per $100 of home value. Hudgins and many of the other supervisors say the county cannot raise real estate taxes every year and must diversify its sources of revenue.

A meals tax of about 4 percent, similar to what is levied in nearby jurisdictions, would give the county an additional $93 million a year.

Part of the reason for the strained budget: growing needs of the Fairfax County Public Schools, the nation’s 10th-largest school system. The county transfer to the schools for Fiscal Year 2017 will be $2.1 billion, which represents about 52 percent of the county’s $4 billion budget.

“While there remain unmet needs in the school system, there are also challenges and unmet needs that Fairfax County Government and FCPS face together in the FY2017 budget and the FY2018 projected shortfalls,” Hudgins said.

“However, taxpayers cannot continue to shoulder the impact of increased Real Estate taxes every year. We must look to find additional revenue sources to lighten the load. ”

Hudgins said bond rating agencies have warned the county of the need to diversify revenue streams.

“A meals tax is one tool that we can use,” said Hudgins. “This is a tool used by cities and towns within and adjacent to Fairfax County. It is time for Fairfax County to join these counties and begin diversifying our revenue sources.”

Some of the nearby places where diners are already paying a meals tax:

Grassroots groups have already formed on both sides of the issue. Many local restaurants are against the tax, while many school advocates are in favor.

Representatives for Clyde’s, Great American Restaurants (Jackson’s) and Glory Days Grill have called the idea “taxation without representation at its worst.”