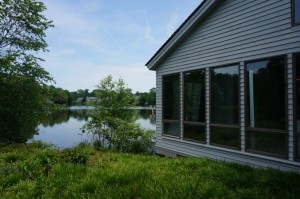 The overrun on Reston Association’s purchase of the Tetra building will have implications that will reach far into the future.

That’s the analysis of Reston 2020’s Terry Maynard, who crunched the numbers and found some of these key points:

Not counting the Tetra subsidy of $275,000 for external repairs, the Tetra budget will be $624,640 over budget by year-end. That’s $28-$30 per RA household; not an absence of impact on assessment fees as reported in RA’s Pro Forma Financial statement in RA’s referendum marketing “Property Purchase Fact Sheet” no matter how cleverly disguised by cuts elsewhere in RA spending.

As a result, the entire Tetra effort will be in the hole more than $400,000 by year-end versus the Pro Forma Financial statement’s prospective surplus of more than $200,000.

Still uncompleted repairs, particularly improvements to Tetra’s grounds, and the need for new furnishings will add to the growing cost next year and beyond.

By the end of 2020–the final date presented in RA’s Pro Forma Financial in the Voter’s Guide–RA will probably be more than one-million dollars in the hole, costing Restonians $40-$50 per household instead of the $10-$12 projected by RA.

Beyond that timeframe, a published pre-referendum analysis showed that RA will not operate Tetra in the black until 2048 using RA’s own assumptions and other conservative ones the beyond 2020 endpoint of RA’s Pro Forma Financial statement.

In 2015, Reston Association purchased the 33-year-old building — now called the Lake House — on the shores of Lake Newport for $2.6 million, which was nearly twice its assessed value.

RA plans to use the building for community and recreational space, and event rentals and afterschool care are expected to bring in about $100,000 annually.

But RA announced in recent weeks that the project, still under renovation, is experiencing large cost overruns. The RA Board voted last week to move $430,000 from its operating fund to cover the current deficit.

Maynard’s analysis say “it is unlikely Tetra will ever be profitable given RA’s track record of recovering less than 27 percent of the costs on all the other facilities it operates from swimming pools to the Nature House. Our assessment fees pay the other 73 percent of those costs.”