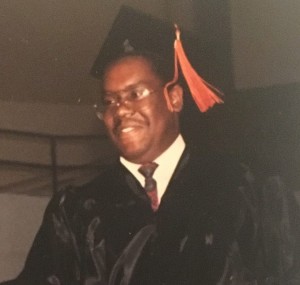 Reston native Daryl Rodney Smith died on May 12 following a short illness. He was 50.

Daryl was the son of Rodney E. Smith and Alene Smith and the older of their two children.

Daryl was born on Feb. 5, 1966 and grew up in Reston. He attended Lake Anne Elementary School, Herndon Middle School and Herndon High School. At HHS, he played football and participated in band.

He continued his education at Tennessee State University, where he earned a Bachelor of Science in Engineering in 1991.

Daryl worked for George Mason University and then at American Systems Corporation in Chantilly for 24 years.

Daryl was a loving son, uncle and brother. He loved sports, “The Simpsons,” playing computer games, eating popcorn and encouraging his nephew, Thomas Mayo, in his football career.

He will be greatly missed by all who knew and loved him. He is survived by his mother, Alene; sister, Leslie; nieces, Asheligh and Amber; nephews Thomas and Tory; grandnieces, Ayianna, Amariee, and Jamirah; and grandnephews Antonio and Jose.

Services were previously held. Contributions may be made to the Autism Society, 4340 East West Highway, Bethesda, Md., 20814.