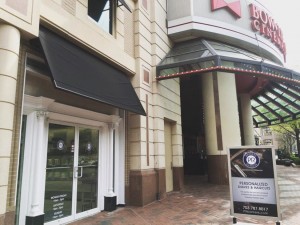 PR Barbers, one of several men’s grooming salons to open in Reston in the last year, will be moving to a new location.

The salon, currently located at 11944 Market St., will move to 1826 Discovery St. That storefront has been empty since the fall of 2014, when Yogiberry frozen yogurt closed.

The new space is both smaller and backs up to PR and Partners, PR Barbers’ sister store, at 119o2 Democracy Dr.

By February, Joe Grooming was taken over by PR at Partners owner Reg Laws.

There is lots of new competition for men’s styling in Reston. Roosters men’s grooming opened on Market Street in April. There is also a new barber shop at North Point, as well as other longtime salon and barber options around town.

No word on when the move will take place or whether a new lease has been signed for the Market Street space.