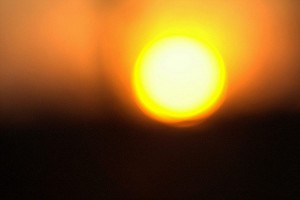 It has not been 100 degrees in the Washington area since July of 2012.

We may see the century mark later this week — and maybe more than once.

The Capital Weather Gang says forecasting models are “fairly uniform in forecasting high temperatures near or above 100 degrees this weekend. Temperatures could approach 100 on Friday and Monday too, models suggest.”

The combination of heat and humidity could be particularly brutal. The National Weather Service predicts a heat index of 106 degrees Saturday and says there’s a 28 percent it could exceed 110.

And don’t get scared — but do check your air conditioning system. The European model predicts a high of 106 degrees on Sunday, which would tie D.C.’s highest recorded temperature (established Aug. 6, 1918, and matched July 20, 1930).

Another model, the GFS model, says it will a high of 105 degrees in D.C. Sunday.

The CWG says “it is premature to confidently call for temperatures this high since the exact intensity of the heat wave is uncertain and will evolve.” But know this: it will be the hottest stretch of 2016.