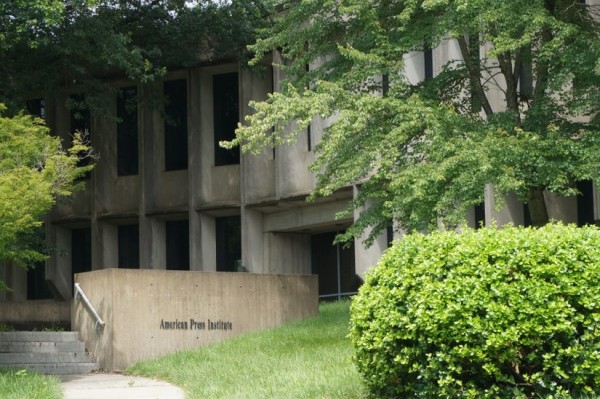 After a campaign by architectural archivists and historians to save and repurpose the Marcel Breuer-designed former American Press Institute building in Reston, the building learned its fate Tuesday night.

The Fairfax County Board of Supervisors voted unanimously to allow developer Sekas Homes to demolish the 42-year-old Brutalist building and construct in its place 34 townhomes and 10 condos. 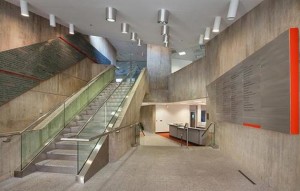 Hunter Mill Supervisor Cathy Hudgins said while she appreciated the efforts to save the building at 11690 Sunrise Valley Dr., the building did not have historical designation and was not in a historical overlay district.

The supervisors’ mission is to stick to judging an application on “meeting the criteria set forth in the Fairfax County Zoning Ordinance for this area and supported by recommendation of approval by Department of Planning and Zoning,” she said.

While a DPZ staff report recommended approval for the redevelopment, the Fairfax County Planning Commission did not.

Prior to the supervisors’ vote, the board heard from more than 20 speakers on both side of the issue.

Cheryl Terio-Simon, wife late Reston founder Bob Simon and the vice chair of the Reston Historic Trust, pointed out that one of Simon’s seven principles for Reston was “beauty, both structural and natural, is necessary for the good life and must be fostered.”

“With the API building [Breuer] demonstrated he can do small and gentle as well as bold,” she told the supervisors. “He gave as much attention to the interior as well as the exterior. Natural light was brought in from outside. Like Lake Anne Village Center, it is set into the landscape and does not shout from the curb. Like Lake Anne, it is Brutalist architecture with human scale and elegance.”

But there were several speakers who enumerated the impracticality of the 45,000-square-foot building, which has been empty since the API merged with the Newspaper Association of America in 2012.

“It’s a building no one wants to occupy,” said James Lee, president of Ronney Properties, which purchased the building three years ago. “We entered a contract to sell to Sekas because of his understanding of the market. I understand sentimental attachments to this building. It would have been nice if they put a historical encumbrance on it before it went to market, because we would not have bought it if we knew if was functionally obsolete and could not be leased.”

“We have determined adaptive use is [not possible] because of the way it was built,” he added. “As a result if the rezoning is denied, we are left with an asset that has no cash value. It has to be demolished.”

Josh Simon of KLNB Commercial Real Estate said his company has tried for more than two years to lease the property. They have shown it to schools, law firms, religious institutions “and we had virtually no interest,” he said.

The supervisors and the planning commission have said they would increase efforts to identify potential historic structures so this kind of struggle does not happen again. The supervisors also passed a motion that efforts will be made to preserve an archive of the building and its history.