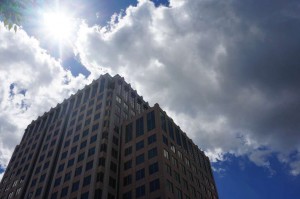 From new developments to entertaining events to major changes, Reston has had a lot going on in 2016. The approaching new year brings new things and Reston Now wants to know what you’re most looking forward to around town in 2017.

Maybe you liked the buzz election day caused and you can’t wait for the flurry of activity that will accompany the presidential inauguration next month. Or perhaps you’re more interested in hotly-debated local issues like the planned January 3 change to paid parking at Reston Town Center.

Had enough of politics and politically-charged issues altogether? You might be looking forward to some days away from work with another snowstorm. But there are also those who wouldn’t mind skipping the snow and moving directly into spring and the blooming of the cherry blossoms.

A number of new local restaurants and businesses are scheduled to open next year, like Founding Farmers or Kung Fu Tea. Plus, the numerous events around Lake Anne and elsewhere in Reston are always something to look forward to.

And don’t forget a big change for parents and students: School starts in August instead of after Labor Day next year.