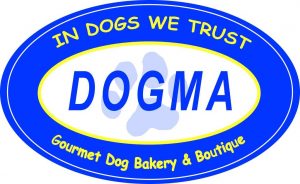 Four-legged friends in Reston may soon have a new favorite place to visit.

Arlington-based pet store Dogma Bakery announced earlier this week that it plans to open a Reston location in the space formerly housed by PetMAC Pet Nutrition Center, which recently closed due to an illness suffered by the owner.

PetMAC had been in the location about two years. Dogma says it plans to keep all three of PetMAC’s employees to work at its new store.

The company’s website advertises the new Reston location as a “grooming salon,” but they have responded to customers on Facebook by saying they plan to offer some of their house-made treats for dogs as well.

“We will have ice cream and some treats. Maybe not the entire selection, but we can always make sure to have your favorites ready for you when you come by.”

Dogma said earlier this week in its post that it is “[k]ind of unofficially open,” but that it would have an official opening soon. No operating hours for the store are being provided quite yet.

The shop is located at 11412 Washington Plaza West, in Lake Anne Plaza.