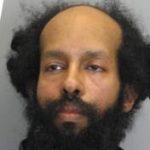 Police this weekend removed a man they say was unlawfully staying in a vacant apartment in Reston.

Hassen Semir, 42, was taken out of the apartment in the 1900 block of Reston Metro Plaza on Sunday afternoon. An employee had notified police Semir “did not have the right to be there.” Semir was taken into custody without incident, charged with unlawful entry and transferred to the Adult Detention Center.

Fairfax County Police’s Reston District also reported a commercial burglary last Tuesday in the 12000 block of Market Street, in Reston Town Center. An employee said someone had broken in the previous night and had taken property. According to police, officers “were able to develop suspect information and the case is being actively investigated.”

Additional Reston Station reports shared by FCPD in the past week:

FCPD also reported the alleged assault of a woman at a Herndon gas station and an armed robbery at the Chipotle on Sunset Hills Road, both of which were reported Monday by Reston Now.