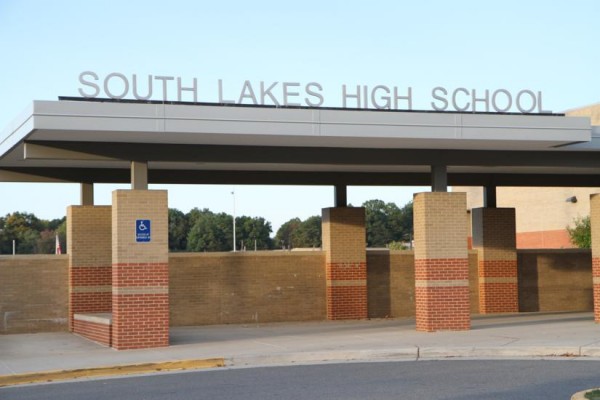 Fairfax County Public Schools are still growing, but they are not seeing nearly as many new enrollees as they have in recent years.

The district’s 2018-22 Capital Improvement Program, approved last week by the board, predicts an increase in enrollment of about 3,000 students in the next five years — from its current 187,202 to a projected 190,632. In the past decade, Fairfax County had been seeing that number of new enrollees each year. 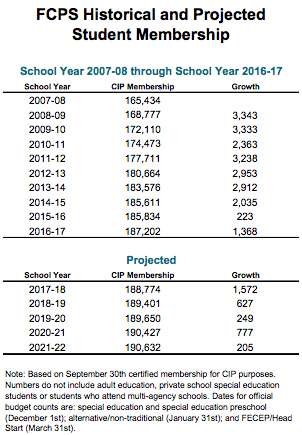 South Lakes High School had an enrollment of 2,483 students at the beginning of the current school year, which is more than 300 above current capacity. A renovation project at the school is expected to increase capacity to 2,700 by the end of the 2018-19 school year, while enrollment is projected to remain relatively stable through 2021-22. 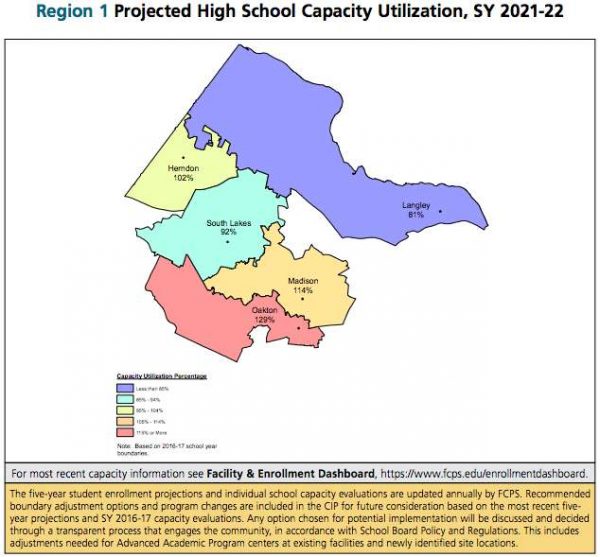 Enrollment had previously been expected to soar well above the 2,700 mark; however, in the CIP, Fairfax County Public Schools report a leveling-off due to changing demographics in the area:

“As the county approaches build-out, new housing is forecast to rise numerically in units, but its composition is likely to change. Forecasts of housing in Fairfax County and City of Fairfax include larger numbers and proportions of mid- and high-rise residential developments, which have typically drawn fewer families with school-aged children.”

A new high school is proposed in the district’s most recent CIP; however, it is pencilled in for the middle of the next decade (FY2023-FY2027).

From the program proposal:

The new high school, at a cost of $120 million, would be built in the western part of the county to provide relief for existing area high schools such as South Lakes and Herndon, as well as Centreville, Chantilly, Herndon, Oakton and Westfield.