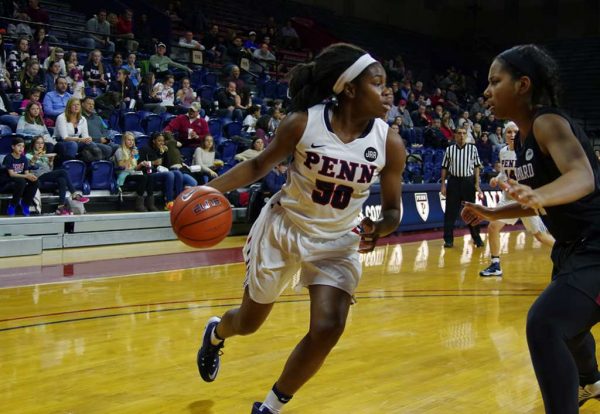 Princess Aghayere is making a name for herself during her sophomore season on the University of Pennsylvania women’s basketball team.

The 2015 South Lakes High School graduate was named the Ivy League Player of the Week for her performances last week on the hardcourt. She posted a career-best 21 points during a Friday victory over Columbia, and followed it up the next day with a 12-point performance in a win over Cornell.

Some of her highlights from the weekend’s action can be seen on the Ivy League Sports YouTube channel.

On the season, Aghayere is averaging 5.6 points per game, tops among the team’s non-starters.

Aghayere is enrolled in the College of Arts and Sciences at Penn, on a pre-med track. In a video released by the school earlier this year, she discussed her background and her goals for the future.

The defending Ivy League champions, the Quakers are undefeated (7-0) in conference play so far this season.