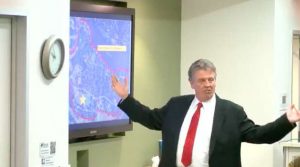 The park was selected by RA’s Parks & Recreation Advisory Committee for “full-facility enhancement” after multiple facilities were evaluated last year. The idea is to take a facility that has pieces of replacement work in the plans in the capital reserve study and, instead, doing comprehensive work to upgrade the facility all at once.

The Hook Road park was chosen by PRAC as a “pilot” project for the full-facility enhancement plan, said RA capital improvements director Garrett Skinner, because it has a number of amenities all in one place and hasn’t been substantially upgraded for more than 40 years.

“For the capital department, this is also a great pilot to really use and demonstrate all of the new policies and procedures we’re putting into place for project management, for communications, for engagement with not only these departments within the Association, but all of the committees and work groups as well,” he said.

Director Ray Wedell, who said he lived near the park for seven years, took exception to the plan to upgrade the facility. During an animated speech, he said it is “an excellent field as it sits” and “what Reston should represent.”

“For the life of me, I have no idea what you people are going to propose to change it,” he said. “[People who live near the park] are quite content with how it is right now.”

The plan as proposed by staff was to advertise a public information session for next month to determine what the community would like to see changed at the park. Concerns about parking and restroom facilities are among those floated in the plan. CEO Cate Fulkerson and Skinner, though, said the community would have the final say through its input on what — if anything — would be done.

“The capital department isn’t going into this project suggesting any solutions, any removal of anything or the addition of anything,” Skinner said. “The question will be up to the community: ‘Do you want anything at all and, if so, what?’ We can [then] determine going forward what that could look like.”

“We can stop [this proposal] now, it’s entirely up to you,” she said. “But according to the reserve study, I’m supposed to be doing stuff at this facility between 2016 and 2020.” 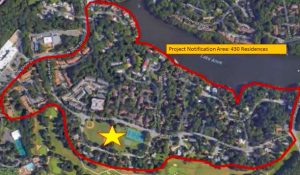 The proposal called for 430 residences in the area of the park to be notified of the public meeting. Wedell said that would be far too many people.

“I don’t know why we’re looking at 430 houses; it’s just going to dilute it,” he said while pointing at a map of the area. “There’s 12 houses right here [on Hook Road] and a few apartments and townhouses right along Fairway Drive. … None of these [other] people are going to care.”

Other directors including Sherri Hebert said a budget cap needs to be set on the project before it is brought before the community or any work group for input. She cited the Pony Barn project as reason her concern.

“I would just like to know what we think our ultimate budget is, and what we’re willing to spend,” Hebert said. “We don’t want the community coming in, kind of like the Pony Barn — we had $30,000 and now we’re at $300 [thousand]-something because the community was asked what they’d like to see without leveling expectations.”

Wedell, raising his voice at times, remained adamant that there is no need to upgrade the facility beyond regular maintenance.

“We don’t need this to be a huge study simply because it’s on the list of things to do,” he said. “I know I’m right about this. … We should be looking at ways to cut costs, not add costs.”

Ultimately, the board decided to take no action on the proposal. Fulkerson said she and staff would “regroup and figure out how to move forward.”

END_OF_DOCUMENT_TOKEN_TO_BE_REPLACED

More Stories
In The Design Studio: Kitchen Backsplash Beyond the Subway TileWhat’s Going On Around Reston This Weekend?