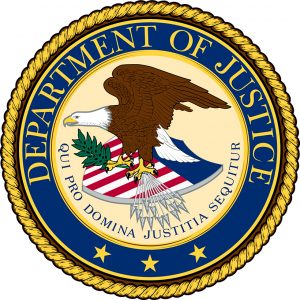 Two women, including one from Reston, were sentenced to prison Friday for their support of foreign terrorist organization al-Shabaab.

Muna Osman Jama, 36, was arrested in 2014 on charges including conspiracy to provide material support to a foreign terrorist organization. She was found guilty in a 2016 trial.

According to a press release from the U.S. Department of Justice, Jama and 46-year-old Hinda Osman Dhirane of Washington state were sentenced Friday in Alexandria to 12 and 11 years, respectively.

According to court documents, Jama and Dhirane sent money to financiers of al-Shabaab in Somalia and Kenya, which they referred to respectively as the “Hargeisa side” and the “Nairobi side.” The defendants also organized what was called a “Group of Fifteen,” which included women from Somalia, Kenya, Egypt, the Netherlands, Sweden, the United Kingdom and Canada, as well as Minneapolis, Minnesota. The “Group of Fifteen” met regularly in a private chatroom that Jama established to organize and track monthly payment of money to the “Hargeisa side,” which was used to finance al-Shabaab military operations in the Golis Mountains in northern Somalia, and the “Nairobi side,” which was used to fund two al-Shabaab safehouses. One of the safehouses was used by al-Shabaab to store weapons and to prepare for attacks. The other was used to treat al-Shabaab fighters who had been wounded in battle.

Phone calls and other communication between the “Group of Fifteen” that was monitored by the government made up a substantial part of the case against the women. The recordings, the press release states, “demonstrated that the women had close connections with al-Shabaab leadership and were privy to non-public, inside information concerning al-Shabaab activities.”

The women were also recorded as they laughed while the Westgate Mall attack in Nairobi was taking place, and about the Boston Marathon bombing before it was known who committed that attack, according to the Department of Justice.