UPDATE: This alert has been canceled by the National Weather Service as of 1:50 p.m. 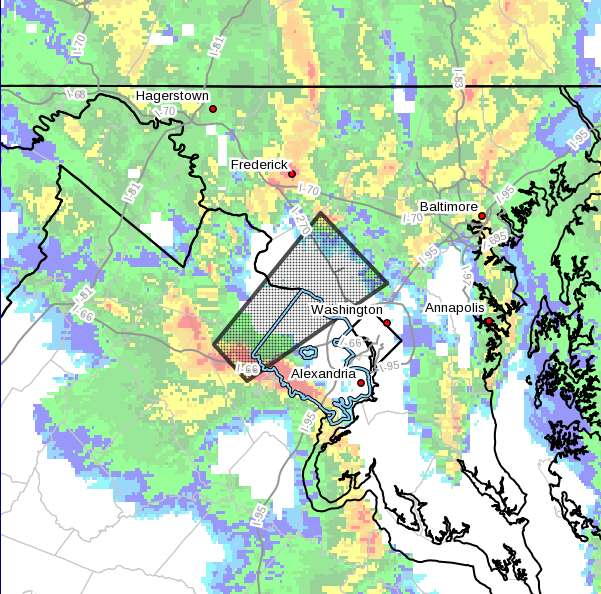 The National Weather Service has issued a tornado warning for an area including Reston, to be in effect until 2 p.m.

According to the alert, radar has indicated rotation within an incoming storm:

IMPACT…For those in the direct path of a tornado touchdown,
flying debris will be dangerous to those caught without
shelter. Damage to roofs, siding, and windows may occur.
Mobile homes may be damaged or destroyed. Tree damage is
likely.

TAKE COVER NOW! Move to a basement or an interior room on the lowest
floor of a sturdy building. Avoid windows. If you are outdoors, in a
mobile home, or in a vehicle, move to the closest substantial shelter
and protect yourself from flying debris.