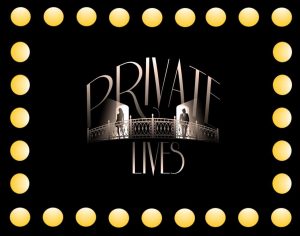 Reston Community Players will put a wrap on their 50th season next month by staging the Noël Coward comedy “Private Lives.”

Coward’s 1930 play features a divorced couple who meet by chance while honeymooning with their new spouses. According to a press release from RCP:

“[The characters] reignite the old spark and impulsively elope. After days of being reunited, they again find their fiery romance alternating between passions of love and anger. Their aggrieved spouses appear, and a circle dance of affiliations ensues as the women first stick together, then break ranks, and new partnerships are formed.”

The show’s director, Adam Konowe, said the play is not as “flippant [or] even superficial” as it might appear at first glance.

Opening night for the production will be Friday, May 5 at 8 p.m. at CenterStage (2310 Colts Neck Road) at Reston Community Center. Evening performances will follow each Friday and Saturday through May 20; in addition, there will be a matinee show Sunday, May 14, at 2 p.m.

The Community Players’ 2016-17 season opened with “Gypsy,” which won five Washington Area Community Theatre Honors awards. RCP has also presented “Vanya and Sonia and Masha and Spike” and “Rock of Ages” this season.

More Stories
Del. Ken Plum: We Need Education to Save Our DemocracyTornado Warning Canceled for Area, But High Winds and Hail Remain Possible