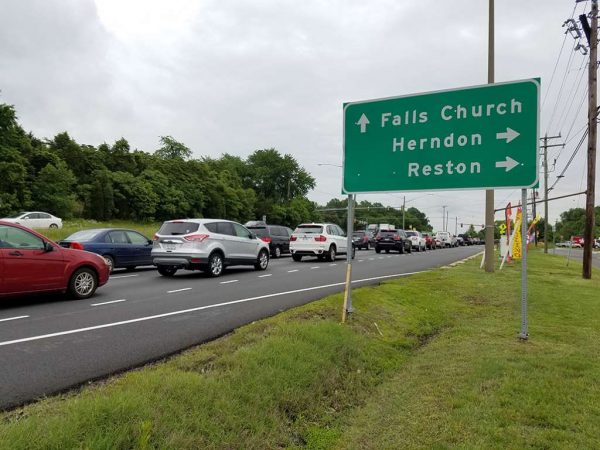 A meeting is slated for June 1 to discuss the effects of widening of Route 7 from Reston to Tysons.

Michael J. Coughlin is the eminent domain, land use and zoning, and real estate lawyer for Walsh, Colucci, Lubeley and Walsh PC. He will host the meeting on the project Thursday, June 1 from 6:30-8 p.m. at the Sheraton Tysons (8661 Leesburg Pike, Tysons).

The proposed Virginia Department of Transportation project will involve nearly seven miles of Route 7, between Reston Avenue and Jarrett Valley Drive, which is just before the Dulles Toll Road interchange. Coughlin is inviting residents to the meeting to “learn about the project, potential impacts to properties, what to do to prepare for the project, the eminent domain process in Virginia, and the legal rights of owners and businesses affected by the project.”

This is the latest stage of VDOT’s work to add two lanes to the heavily traveled highway, bringing it to six overall. They also plan to add facilities for cyclists and pedestrians, and make “substantial intersection and other improvements” along the corridor.

Those improvements, according to VDOT, would include:

The last public hearing on the project was held in November. View information shared and discussed at that meeting here.

The Fairfax County Board of Supervisors is slated to vote on the project design next month. Upon approval, VDOT is expected to put out its request for proposals on the project later this year. Work is planned to start in late 2020 and last until 2025. Anticipated cost of the project is $234 million.