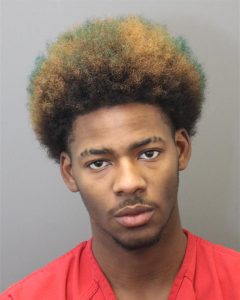 Two teenagers have been charged in connection with a robbery and attempted robbery in Sterling last month, according to the Loudoun County Sheriff’s Office.

Jordan McNally, 18, of Herndon, and a minor from Centreville were charged with robbery and attempted robbery on Friday. McNally was also charged with contributing to the delinquency of the minor.

Deputies believe the teens were involved in two incidents near the 22300 block of S. Sterling Boulevard on Dec. 23.

According to a Dec. 27 report about the incident, two suspects demanded cash from a man and his son as they walked a business in the area. One suspect appeared to brandish a box cutter during the incident.

That same day, the suspects approached a teenager in the same shopping center. One suspect demanded cash while showing a possible firearm in his waistband. A small but undisclosed amount of cash was taken by the suspects, according to the report.