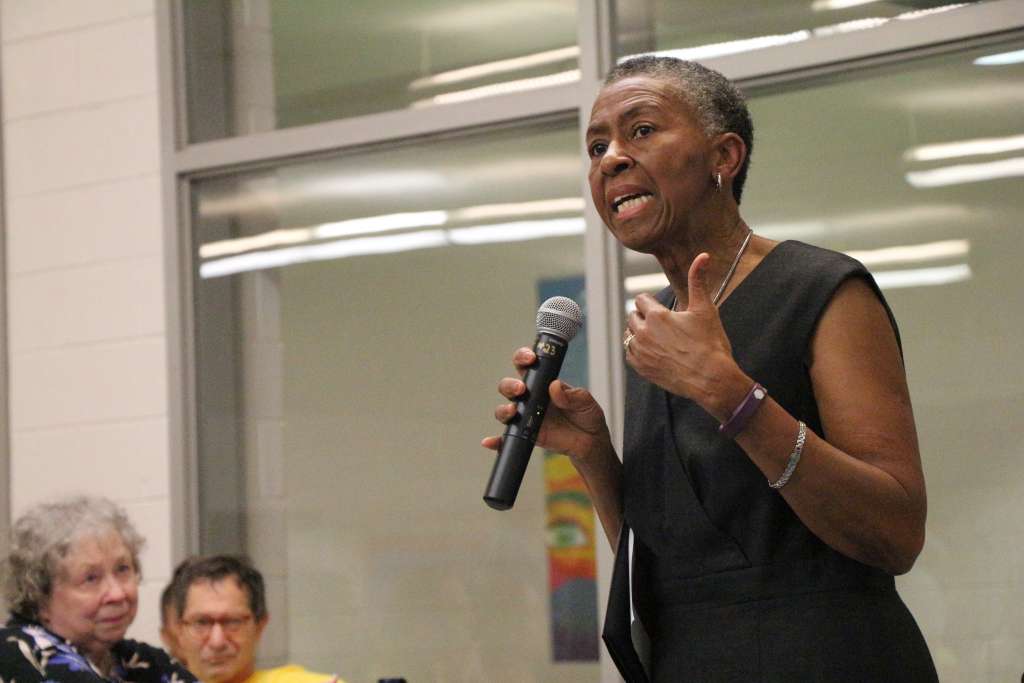 More community meetings about a controversial plan to increase Reston’s population density may be forthcoming.

In an April 23 letter to the Coalition for a Planned Reston, a community group opposing the increase, Hunter Mill District Supervisor Cathy Hudgins suggested holding more meetings to discuss issues related to the proposal, which would increase population density from 13 to 16 people per acre in Reston’s Planned Residential Community areas.

Hudgins pitched the idea of holding another group meeting with CPR, Reston Association and the county’s planning staff. Work sessions in small groups would follow based on topics like infrastructure implementation, transportation, schools and parks.

CPR and RA declined to meet on April 2 to discuss the county’s response to their concerns. County planning staff reiterated the need to pursue the proposal in order to effectively implement Reston’s master plan. Staff affirmed their commitment to ensuring infrastructure matches the pace of development, but did not accept a number of amendments suggested by both parties.

In her letter, Hudgins acknowledged the county’s response was “slow in coming.”

“But a commitment was made to respond and the planning staff did so in a detailed and thoughtful manner. It is unfortunate that CPR and RA declined to meet on April 2 and to discuss the staff’s response and to outline next steps and the process going forward,” she wrote.

“As was evident again this year at the Founder’s Day celebration, Reston is a special place that we all love and I am confident that we can all work together to resolve the issue of the maximum density allowed in the PRC zoned area and the concerns of the community regarding the Reston Master Plan,” Hudgins said.

“It is evident that in the absence of leadership by the Supervisor, Restonians must step forward directly to convince the Board of Supervisors of the need for changes in the Master Plan,” Ramo wrote.

Dates regarding when the Fairfax County Board of Supervisors will officially introduce the legislative proposal have not yet been announced.