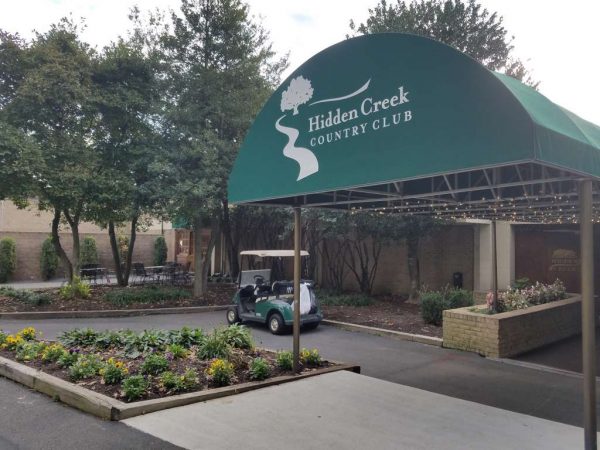 This is an op/ed submitted by Rescue Reston’s North Course Committee. It does not reflect the opinions of Reston Now. No development plans for Hidden Creek Country Club have been formally proposed to the county. If you wish to submit an opinion piece, email [email protected].

Wheelock Communities, the Connecticut-based company that bought the Hidden Creek Country Club in north Reston, says it wants to build housing on 40 percent of the golf course land on almost half of the golf course that comprises the biggest part of north Reston’s open space. The land design firm that Wheelock is working with told a community focus group last month that Wheelock foresees building between 500 and 2,000 housing units in the open space.

Building housing on Hidden Creek golf course would violate the Reston Master Plan that is part of the Fairfax County Comprehensive Plan, as well as require a change in the County zoning ordinance.  The County has designated Hidden Creek as private recreational open space, specifically a golf course.

All of the Hidden Creek golf course needs to remain as private recreational open space, and here’s why:  In this area, buying a house is almost always the biggest investment decision that any of us will make.

Because it is such a consequential decision, we homeowners count on the land-use plan to give us some confidence about what we can expect to see in our community over time.  In fact, the Fairfax County website says, “The purpose of planning is to ensure that Fairfax County’s excellent quality of life will continue.”  The Reston Master Plan Task Force’s goal was to guide the community’s growth and development for the next 30 to 40 years.

Allowing that would be counter to one of Robert Simon’s primary goals for Reston:  “that the importance and dignity of each individual be the focal point for all planning, and take precedence for large-scale concepts.”

Building new housing where it’s not supposed to be–and losing 40 percent of north Reston’s planned open space at Hidden Creek in the process–would hurt Reston households.  And it would hurt not just those who live in the Lake Anne/Tall Oaks district of Reston, but all Restonians who rely on the two major north-south roads through north Reston: Wiehle Avenue and Reston Parkway.

The Hidden Creek golf course is outside the Wiehle transit station development area and should remain ineligible for new housing, lest we both lose our precious green open space plus overburden our roads and other infrastructure–such as our public schools–even more.

Restonians already know what it’s like to crawl along Reston Parkway in the morning or late afternoon.  But more traffic will be coming there, too, from the 20-story condominium that has been approved for the corner of Temporary Road and Reston Parkway.  That area was zoned for high density living in the Reston Master Plan because it is within the Reston Town Center Transit Station Area.

Wheelock Communities bought a golf course that is supposed to remain as open space.  They knew it when they bought it, and we as a community need to work to keep the zoning ordinance and the Reston Master Plan as they are in order to protect all of it as open space.  Based on the information on their website, Wheelock’s strategy as a developer is to buy, build, sell, and leave.  They have no long-term interest in Reston.

if Hidden Creek Country Club becomes yet another housing development, Reston National Golf Course may suffer the same fate.  Chipping away at one big parcel of green space will set a precedent for destruction of other open space within Reston and Fairfax County.

Speculative developers will not stop trying to pave over green spaces when they can make millions by building more housing.  Let’s not give them an opening to take away our green space in Reston. If Wheelock does not have the vision for how to make Hidden Creek the gem of a golf and tennis club that it should be, then they should sell to those who do have the vision.