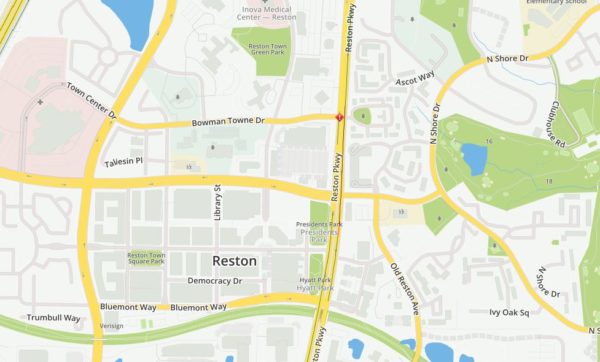 Both northbound lanes on Route 602  (Reston Parkway) are closed at Bowman Towne Drive.

So far there have been no reports of serious injuries.