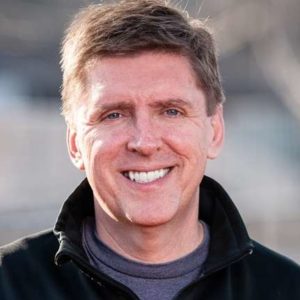 Hudgins revealed late in January that she won’t seek re-election to theFairfax County Board of Supervisors, joining a growing list of board members retiring, including current Chairman Sharon Bulova.

Alcorn, a self-described environmental professional, announced his campaign last Monday (Feb. 11). He is running on a broad platform that ranges from supporting revisions to Reston’s comprehensive plan in 2020 to reviewing school funding.

His top issues on his campaign website are the following:

Alcorn has a mix of experience in the private sector and county government.

He is currently the vice president for environmental affairs and industry sustainability at the Consumer Electronics Association, according to his LinkedIn profile. Prior to that, he worked at Alcorn Consulting and at SAIC for about 10 years.

In 2015 Alcorn was appointed by Bulova to the county’s Park Authority Board. His term expired at the end of 2017. Prior to that, he had served on the county’s Planning Commission and worked as a policy aide in the Providence District supervisor’s office, Reston Now previously reported.

On the community level, he was a former president of the Herndon High School PTSA.

Alcorn has received endorsements from Bulova; Democratic State Sen. Jennifer Boysko, who used to represent Herndon in the Virginia House of Delegates; and U.S. Rep. Gerry Connolly (D-Va.), who was the county board chairman before Bulova.

Alcorn will face the three other Democrats — Parker Messick, Laurie Dodd and Shyamali Hauth — vying for the seat at the June 11 Democratic primary.