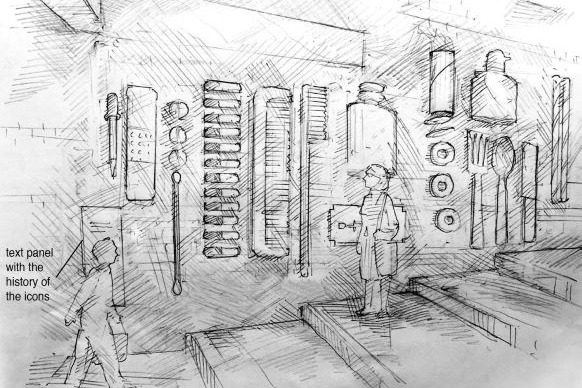 Despite some noble intentions, fundraising to save the Lakeside Pharmacy icons is not going well.

The goal of the fundraiser is to clean and reinstall the icons, currently being held in storage, in a new exhibit about the 1960’s pop art aesthetic that was a core part of early Reston history.

Alexandra Campbell, a media contact for the Reston Museum, said despite public interest — Campbell said stories related to the icons are some of their most popular social media posts — the donations to the fundraiser have been slow to trickle in.

While Campbell said there have been a few donations to the fundraiser outside of the GoFundMe, Carolyn Flitcroft, elected chair of the board for the organization, said in an earlier interview that it can be difficult to rally support for a fundraiser that’s for something that seems less dire than homelessness or hunger.

Despite the fundraising setbacks, the organization is moving forward with the permitting process to get the icons on display. According to Campbell, the deadline to get the permits scheduled for review in April is next week, so it’s all hands on deck as the group works to get the application finalized.