Construction on new upgrades to make South Lakes Village Center more of a local destination are planned for this summer.

Thomas Regnell, president and CEO of Chevy Chase Land Company, told Reston Now that construction is expected to start over the next several weeks. Planned upgrades, which include an amphitheater, a bike rack and repair station, and a fire pit, are intended to help turn the aging commercial center into an attractive destination that brings local residents together.

Regnell said it was too early to indicate when upgrades will be completed, but the construction process will take eight weeks. 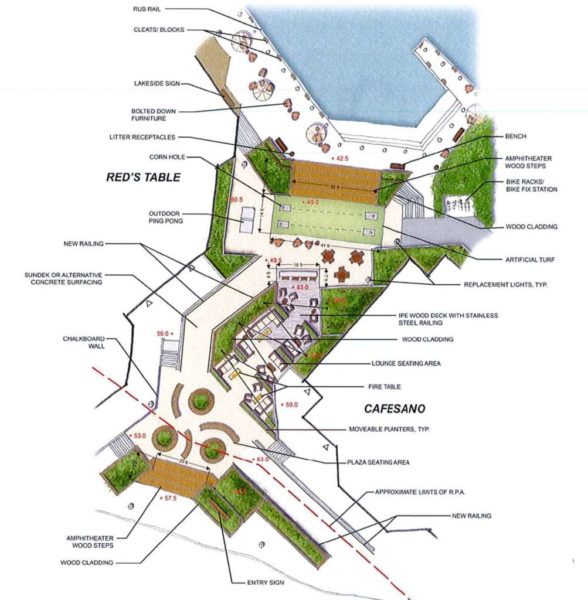 Some features of the plan — which originally included ping pong tables — were removed at the request of Reston Association’s Design Review Board, which approved the project in June. Citizen groups and nearby residents sounded off against the plans, which they said would attract noise, vandalism, and too much activity.