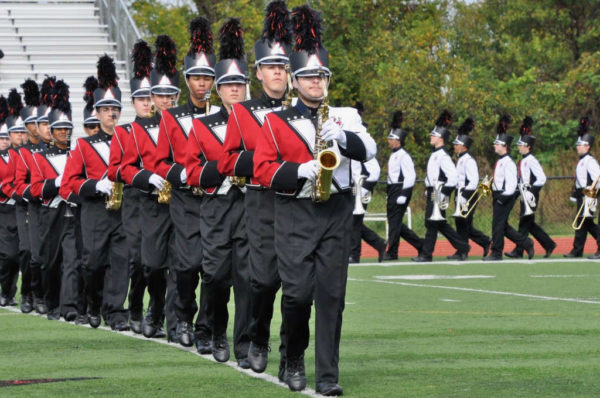 Herndon High School’s marching band heads to Normandy, France on Tuesday (June 4) to take part in a parade marking the 75th anniversary of D-Day. The parade, which organizers say celebrates the “liberation of Europe,” is set for June 13

The Town of Herndon gets its name from U.S. Navy Commander William Lewis Herndon, who died in 1857. Two U.S. Navy ships were named the USS Herndon after the commander as well.

The first ship with that name was given to Great Britain before the U.S. took part in World War II and the second ship, nicknamed the Lucky Herndon, led major assaults on D-Day.

Planning for the trip has been underway for months. The band has raised around $600,000 for the trip through a combination of community events, sponsorships and donations.

As they perform, band members wearing original USS Herndon dress blues will carry a
marching banner that pays tribute the Lucky Herndon. In addition, students will carry photographs of each of the 301 men who served on board on D-Day.