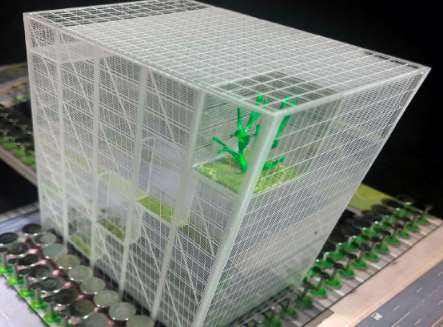 According to the Washington Business Journal, Comstock Companies retained Jahn to build the second building across the Dulles Toll Road opposite from the first building at 1900 Reston Metro Plaza. The building is part of Comstock’s development plan for Commerce Metro Center.

Although the buildings are similar, the new structure is expected to be more of a parallelogram than a trapezoid.

Here’s more from the May 31 story:

“He wants to sort of match the angles. He likes the direction of that design,” said Tim Steffan, executive vice president of development and asset management at Reston-based Comstock (NASDAQ: CHCI). “There’s an angular similarity to it.”

Jahn and his firm, Chicago-based Jahn Architecture Inc., originally submitted a proposal for a residential concept at Reston Station as part of an international design competition but were not selected. Comstock later commissioned him to design the 1900 Reston Metro Plaza office building. 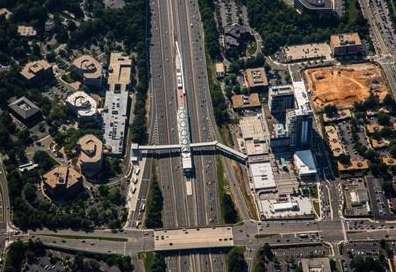 Comstock does not expect to break ground on the building for at least another year, according to the report. Two buildings at 1902 and 1906 Reston Metro are currently in progress with a delivery date of mid-2020. No major leases have been announced for the office buildings.