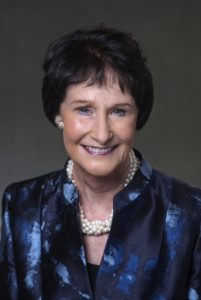 (Updated at 4 p.m.) Fairfax County Chairwoman Sharon Bulova is pushing back against Comstock’s restrictions on campaigning at Reston Station Plaza.

In a strongly-worded letter sent to Chris Clemente, Comstock’s CEO, today, Bulova said she was very shocked and disturbed to learn that Comstock was unfairly restricting public access to the property.

The company has allowed Maggie Parker, its vice president of communications and also a candidate for the Hunter Mill District Seat, to campaign on the plaza, Bulova said.

“Allowing one’s own employee to engage in such highly protected activity in a public area, while excluding other candidates from doing the same, is clearly wrong and cannot be tolerated,” she wrote.

But Parker says that she has not campaigned at the plaza because of Comstock’s policies.

“I think the letter is unfounded because I don’t think the chairman has all of the facts,” Parker said. “I am doing nothing that the other candidates are not able to do. I am tired of being bullied and I’d like to step forward with the elections and the people’s business.”

The free speech issue has sparked recent debate on the legality of the developer’s longstanding policy to bar soliciting, including electioneering and campaigning, at the plaza.

Bulova has directed the county’s attorney to evaluate legal remedies against Comstock, noting that the plaza may constitute a public forum. As a result, free speech rights may be violated.

“As the county attorney completes her research and the board evaluates its legal remedies, I ask Comstock to do the right thing without necessity of legal action,” Bulova wrote.

Several candidates running for the seat of Hunter MIll District Supervisor and residents have told Reston Now they’ve been told to leave the plaza after attempting to distribute campaign materials or campaign.

Laurie Dodd, a candidate who was concerned about the policy after friends campaigning for other candidates were  told to leave the property and apply for a permit, pushed state and local officials to take a stance on the issue. Although the state and county’s election bodies said the issue was not within their jurisdiction, Dodd said Bulova was open to discussing the matter. At her request, the American Civil Liberties Union took the matter to Bulova’s office.

Walter Alcorn, also a candidate running for the seat, also expressed concerns about restrictions on campaigning at the plaza.

In previous days, county officials told Reston Now that state election law allows campaign activities on the property, but declined to discuss the issue further. The plaza was constructed through a public-private partnership and Comstock leases the plaza from the county through a 99-year ground lease, according to the county.

Clemente told Reston Now that its policy is out of respect for Metro commuters and others who come to Reston Station. He previously noted that he was open to scheduling a candidate meet-and-greet on the plaza as an exception to the policy.

Here is the text from my letter: pic.twitter.com/4vW5kGc49x