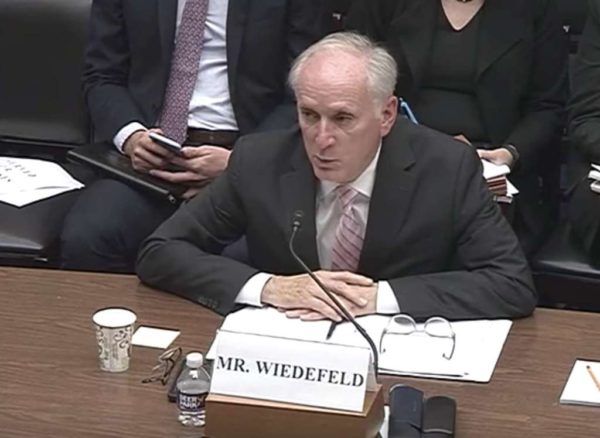 Lawmakers discussed bringing back late-night hours and Metro’s safety record with Metro officials at a congressional oversight hearing on the transit agency on Tuesday.

An ethics investigation into former Washington Metropolitan Area Transit Authority board chair Jack Evans was the focus of most of the hearing, which was led by Rep. Gerry Connolly (D-VA), chairman of the Subcommittee on Government Operations.

Connolly and other lawmakers urged Metro’s leadership to continue to combat what Connolly said was a “culture of mediocrity” concerning safety and efficiency in the system.

Additionally,  Metro assumes the authority of phase two of the Silver Line extension project, a number of safety-related issues must be resolved.

So far, it’s unclear how next year’s opening of phase two of the Silver Line into Loudoun County will impact fares. Currently, Metro’s distance-based fares are capped at $6 at rush hour and at $3.85 at all other times.

Metro’s General Manager Paul Wiedefeld said WMATA is considering the possibility of fare increases as part of its budget development process. Rep. Jennifer Wexton (D-VA) said she hopes Metro will maintain affordability for her constituents in Reston, Tysons and surrounding a real.

Metro is focusing on promoting the use of SmarTrip cards — a reloadable card used to pay Metrorail and local bus system fares — in order to boost ridership.

“Our biggest focus is getting people to use the SmarTrip cards and providing discounts for that,” Wiedefeld said. “That’s really the best way to use the system for us operationally and efficiency-wise,” he said.

At the meeting, officials also hinted at the possibility of bringing back late-night hours that Metro cut several years ago.

A recording of the meeting, which also touched on other issues like cybersecurity, Metro’s overall funding goals, is available online.