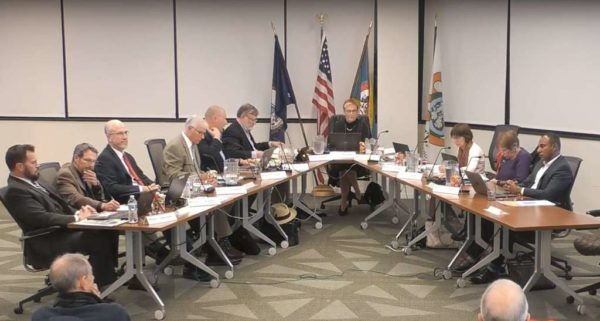 Reston Association member assessments will increase by 2.2 percent next year after the organization’s board adopted next year’s budget last night (Thursday).

The board voted to increase the annual assessment fee from $693 to $708 — a major departure from the nearly five percent increase initially proposed in September. The budget includes across-the-board increases in staff compensation and a net increase of five positions, including staff for social media, covenants administration, IT, and business engagement and sales.

Board director Ven Iyer was the only board member to vote against the budget, which he said grants RA’s staff everything on their wishlist and exhibits the board’s failure to exercise due diligence.

Iyer said the board “failed miserably” by making budgetary decisions that will be called into question in the future.

Board director John Mooney pushed back against Iyer’s comments, noting that he and other board members have worked with staff extensively to finalize the budget.

“It is very sad that that amount of work on all our parts is being called into question,” Mooney said.

This year’s budget accounts for expenses like a $418,000 increase in computer support expenses over last, a $77,000 increase in aquatics, and additional expenses for staff training and development, according to RA’s CEO Hank Lynch.

The budget also anticipates more than $200,000 in revenue from communications initiatives, led in part by the new business engagement and sales manager. RA also hopes that enhancing existing activities like pickleball and Lake Anne Plaza will generate $275,000 in non-assessment revenue. The Walker Nature Center is also expected to grow revenue by 25 percent by offering more educational programs.