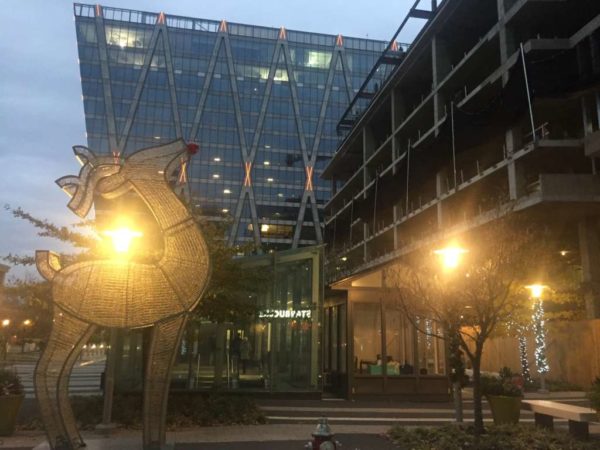 The Washingtonian’s Benjamin Wofford gave Reston a big nod in a feature published over the weekend.

Titled, “The Very Uncivil War Going Down in America’s Most Civil Suburb,” Wofford writes that the once inclusive suburb is now “whiter, older and richer than its founder ever intended,” locking itself in a battle for its soul and the preservation of open space.

Calling the opponents of a recently deferred plan to increase Reston’s population cap “the Yellow Shirts,” the article lays out a narrative of the battle to preserve the community’s two golf courses, issues of affordability, and nimbyism. The article has drawn interesting responses from readers.

i grew up in Reston in the 80s, when it was still a town where working-class people could live, and watching it (from progressively farther away, lol) remake itself as Federal Tech Contractor Whole Foods Hell over the past 30 years has been the weirdest fucking thing https://t.co/w8syJNDdHR

Hard to choose the best quote. Maybe "In Petrine’s eyes, the problem was that anyone had sought to bring Metro to Reston at all.The list of turncoats was vast: the county for putting its grubby hands on the town, Metro for spreading through the county, [LBJ] for conceiving Metro"

Lately, though, the town has followed the familiar arc of an aging suburb. Since 2000, according to Census data, the number of children has fallen by nearly 10 percent. Reston is now 17 percent whiter than Fairfax County.

He chats with one of the “Yellow Shirts”:

To that sect of the Yellow Shirts, who insisted they were not entirely opposed to growth, the fight was about preservation of idyllic values. But at the core of the movement, sentiments about Reston’s evolution were more inflamed. “It’s not even hardly recognizable!” complained Tammi Petrine, one of the earliest activists. “If I could think of another place to go, I would. Because this is a shitshow.”

A local Restonian offers his assessment of the demographics of Reston:

He chided the competing caricatures of Reston that had taken root in the haze of infighting, either a municipal kibbutz or a gated hamlet in Mar-a-Lago. “It’s not a socialist utopia,” he chuckled. At the same time, the Yellow Shirts misunderstood that “the success of the community is not about how much money your house is worth.” Amid the partisan bickering, everyone had misplaced something elemental: the town’s shared sense of community, a distinct virtue in the face of the booming metropolis surrounding it. “Bob started out by weaving the social fabric of Reston first,” Veatch said.

The article appeared in the December issue of the magazine.