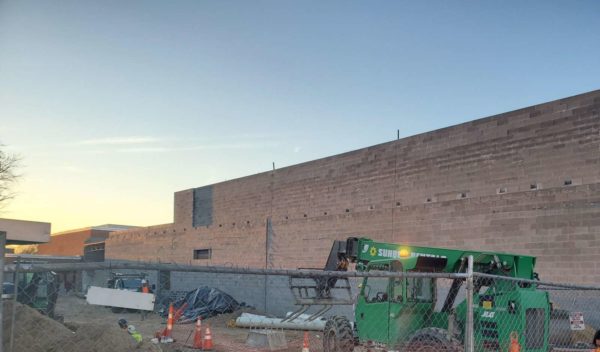 Over the weekend, parents, students and community members gathered to say goodbye to Herndon High School‘s gym with a silent disco and auction.

The gym is now closed off as the renovation project begins. The project — which will expand the gym by roughly one-third — will be completed over the summer. It will also include new boys and girls locker rooms, a new weight room, team rooms, training rooms, and storage areas.

The school has been an active construction area for more than a year. A new wing was added to the back and front of the building, including a new library, main office, and administrative and counseling offices.

In the final phase of the project, the cafeteria will be modified into a food court design and the stadium press box and tennis courts will be renovated.