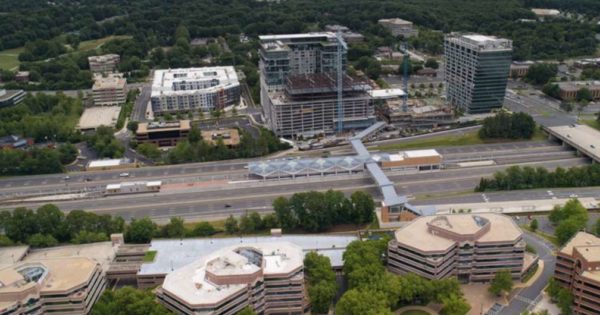 Comstock Companies, the developer behind Reston Station, says that Northern Virginia is becoming the “Silicon Valley of the East.”

Reston Station, a sprawling mixed-use development near the Wiehle-Reston East Metro Station, is positioned to help make that change happen, according to an investor presentation released earlier this week.

The development, which includes several districts that are planned or already in construction, is expected to achieve comparable rents to Reston Town Center. New buildings, parking, amenities, and the Metro station have attracted corporate relocations from RTC, according to Comstock.

Currently, RTC commands a higher rent premium over other micro-markets within Reston. Overall, vacancy rates for Class A office space in Reston and Tysons are slightly lower than the region-wide average of around 18 percent, according to the company.

Once completed, Reston Station will include four districts: Metro Plaza, Commerce, West, and Reston Row. Major companies have signed leases at the project, including Google, Neustar, and ICF International.