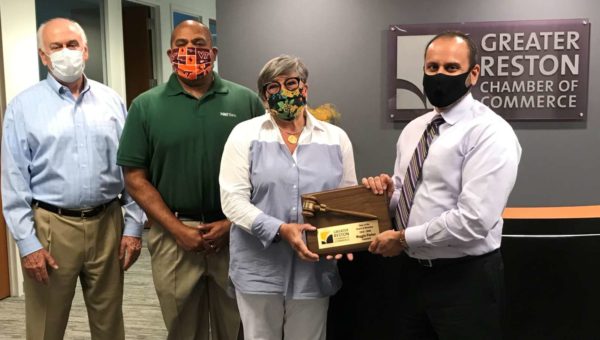 The Greater Reston Chamber of Commerce has elected its 2020-2021 Board of Directors.

Dee Kakar, vice president at M&T Bank, will begin his term as board chairman. He replaces Maggie Parker, senior vice president of community relations  at Comstock, who ended her year of leadership. Tom Madden of Visual Impact Productions will take over as chair-elect. Parker will continue in to serve on the board in her new position as secretary.

“The 2020 – 2021 year will be a challenging yet defining year for businesses and the Greater Reston Chamber of Commerce,” Kakar said. “I am committed to the challenge of furthering the conversation on diversity, social injustice, and inclusion. We will invent new ways of promoting business and continue our history of being a leader in the Dulles Corridor.”

A complete breakdown of this year’s Board of Directors is below:

Charles Kapur, president and CEO of GRCC said the chamber has been “blessed with corporate citizens” who accepted nominations to serve as members of the board.

Each year, the chamber’s membership elected the chair-elect and new and re-appointed members of the Board of Directors. This year’s slate was unanimously approved by GRCC’s membership, Kapur said.