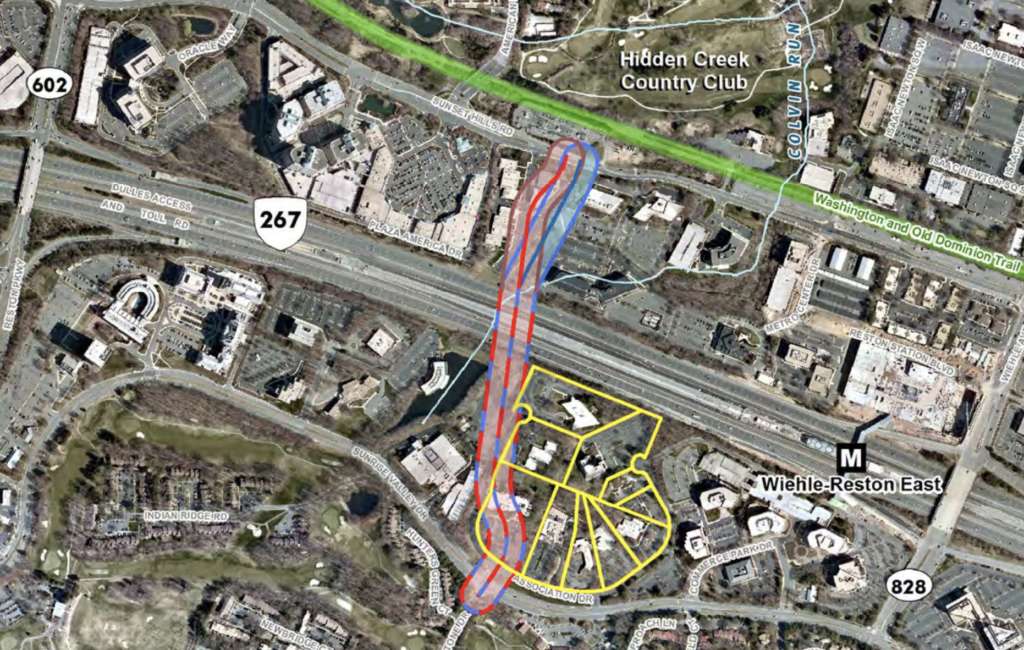 The Fairfax County Department of Transportation is considering two design options for the Soapstone Connector.

The connector would create a new one-mile roadway between Sunrise Valley Drive and Sunset Hills Road. A bridge would be built over the Dulles Corridor, providing an additional crossing that is critical to reducing congested areas along Wiehle Avenue.

An FCDOT spokesperson told Reston Now it was too early to share plans, which are still in development. But the two options would avoid the historic area on Association Drive.

Once the designs are finalized, FCDOT will work with the community to determine how to move forward. A decision on the most suitable alternative is expected in the beginning of next year, FCDOT spokesperson Robin Geiger told Reston Now.

The Soapstone Connector was approved for full funding by the Fairfax County Board of Supervisors in December 2019.

The project secured a big win when it received $15 million in funding from the Northern Virginia Transportation Authority through its six-year funding program in July.

An application to the Commonwealth Transportation Board for additional funding was submitted on August 17. A decision on the application is expected in the summer of 2021.