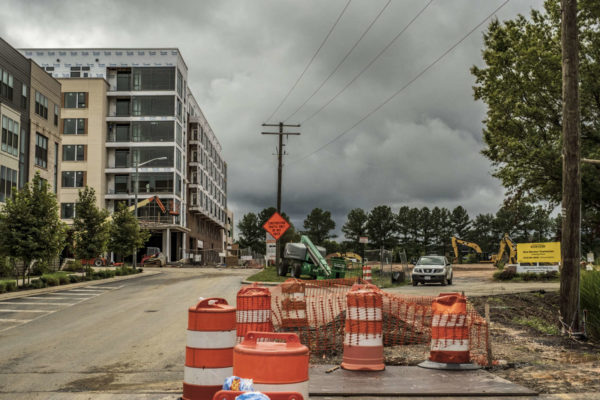 As a part of remodeling the 17.5 acres located east of Wiehle Avenue and south of Sunset Hills Road, EYA has broken ground on a portion of the property that will house 115 townhomes. EYA has plans to produce 80 of the new townhomes by early 2021 while the remaining 35 will roll out in a second phase, according to the Washington Business Journal.

The project will eventually encompass 1.8 million square feet of new development across four blocks. It will also be developed in conjunction with the Chevy Chase Land Co. and JBG Smith Properties.

Additional construction will provide a new crosswalk and pedestrian signals at the intersection of Sunset Hills Road and Michael Faraday Drive to provide a connection to the Washington and Old Dominion Trail. A high-visibility crosswalk at the intersection of Reston Station Boulevard and Wiehle Avenue will facilitate a pedestrian connection to the Silver Line Metro station.

The developers also will dedicate 29% of the site as open space, which will include dog parks, play areas for children and various public amenities.

No timetable has been set for the development of the remainder of the project.

The site originally was developed with four low-rise office buildings and surface parking that were constructed from the mid-1960s to the mid-1980s.

END_OF_DOCUMENT_TOKEN_TO_BE_REPLACED

More Stories
Friday Morning NotesPoll: How is the School Year Going So Far?