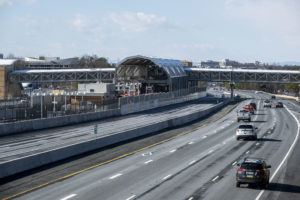 The announcement of more delays for the Silver Line have led to concerns from Supervisors Dalia Palchik and John Foust that Metro isn’t giving the communities around the Tysons area a fair shake.

Metro was one of several topics the supervisors spoke to the McLean Citizens Association about earlier this week.

“They are currently talking about reducing Metrorail service across the system to 80%,” Foust said. “Except that they’re saying they don’t have the funds to commence service on Phase II of the Silver Line.”

While Foust said the second phase of the Silver Line expansion isn’t quite ready for opening, it will be soon, and Foust said it deserved to be treated like any other wing of the Silver Line. Foust was particularly vexed by arguments from WMATA that Metro lines that had been operational before the shutdowns will be prioritized for service.

“If they get 80%, we should get 80%,” Foust said. “We’ve invested $6 billion into the Silver Line… I’m advocating for opening Phase 2 of the Silver Line as soon as possible.”

Palchik said these issues have been exacerbated by lack of communication between WMATA and Fairfax County.

“We found out, maybe hours before the public, that the Orange and Silver lines were being shut down,” Palchik said. “The lack of communication between our boards and the WMATA boards is frustrating beyond compare. [We] need to ensure we’re not seen as the wicked stepchild of the metro system.”