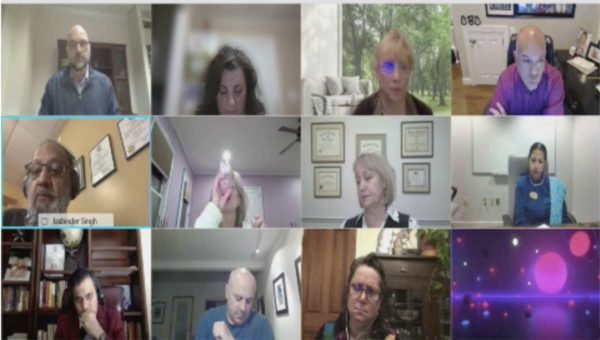 Like other towns throughout the state and country, the Town of Herndon’s budget has been hit harder by the COVID-19 pandemic than counties as other larger municipalities.

But Jennie Tripoli, the town’s finance director, hopes things will “start to turn the corner” over the summer as vaccinations and warmer weather bring more normal conditions to the area.

At a recent Herndon Town Council meeting — the first session with newly-elected members and Mayor Sheila Olem — Tripoli said that the town had to sequester roughly $5.5 million in funding in fiscal year 2021. In the next fiscal year, the town hopes to transition from surviving to reviving itself.

The currently authorized budget for FY2021 is roughly $33.3 million, a figure that is short of projections by roughly $450,000. The town received $2.4 million in funding from the federal CARES Act.

But like other towns, Herndon was excluded from the latest round of federal funding.

The challenges posed by the pandemic are unique to the town. Unlike the county, the town relies heavily on excise taxes like the meals tax for funding.

The town took big hits in many sources of revenue. For example, revenues from fines and forfeitures decreased by 44 percent, when reductions of roughly 10 percent were originally anticipated. Similarly, fees from services for parks decreased by 91 percent instead of the original 56 percent decrease projected by staff.

As the town looks toward preparing the FY2022 budget, Tripoli cautioned that much is still uncertain about the budget, consumer habits, the path of the virus, and vaccinations.

So far, the county is expecting a three-percent increase in revenues from residential real estate taxes. However, a 10 percent decrease in non-residential retail and hotels, as well as local taxes like meals and transient occupancy, is still expected for the next fiscal year.

Fees from building inspections are also expected to normalize, she said.

“We’re still in unprecedented economic uncertainty,” she said, adding that the hope is “gradual recovery” begins in the summer of this year.

The town council is expected to hold additional work sessions on the budget later this month.

More Stories
Del. Ken Plum’s “A Push in the Right Direction”Northam: Teachers, Bus Drivers Among Essential Workers Next in Line for COVID-19 Vaccine