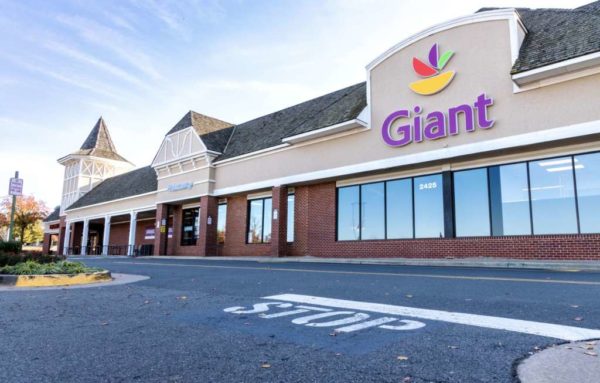 The announcement, however, does not change the ongoing partnership between the county and Giant first established in February, in which Giant uses a portion of its vaccine supply to inoculate individuals on the county’s waitlist, county health officials confirm to Reston Now.

The eight Giant pharmacies working in partnership with the county are using the Pfizer vaccine and include locations in Annandale, Alexandria, Herndon, and Springfield, according to county health officials.

The Fairfax County Health Department’s vaccine dashboard shows that 26,395 people remain on the waitlist, meaning they are eligible, registered, and waiting for an invitation to schedule an appointment. As of noon today, the county is currently making appointments for those who registered on March 25.

Giant’s vaccine supply comes from the federal vaccination program, while the county receives allocations from the Virginia Department of Health.

There are also more than dozen other Giant locations in Fairfax County that are offering the vaccine but not in partnership with the county, which can be obtained going through the store’s appointment scheduler.

A Giant spokesperson tells Reston Now that each in-store pharmacy in the county currently has, on average, 15 to 20 appointments daily. They are using the Johnson & Johnson and Pfizer vaccines.

While Giant notes on its website that those 65 and over will be “prioritized,” all individuals in Phase 1a and Phase 1b are eligible, including first responders, grocery workers, and public transit workers (including rideshare drivers).

The county announced yesterday (Thursday) that they will move into Phase 1c next week and plan to expand eligibility to all adults by April 18, per Gov. Ralph Northam’s timeline.

The county health department and its partners have administered 390,740 vaccine doses so far — an increase of 27,000 doses from yesterday and enough for approximately 34% of the county’s population, though the total includes first and second doses.