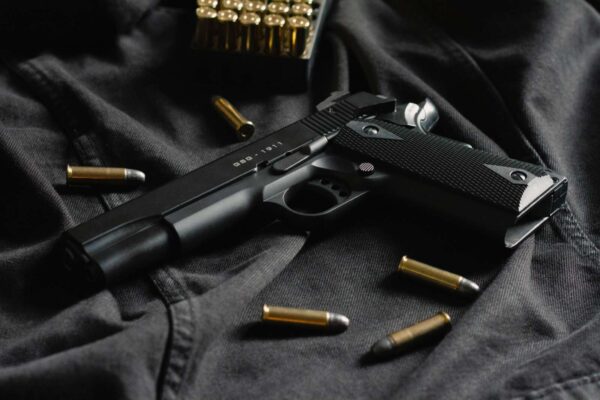 The Herndon Town Council is considering adopting a new law that would prohibit the possession of firearms and ammunition on town property.

At its work session tomorrow (April 6), the town council will discuss creating a law that would prohibit “the possession, carrying, or transportation of any firearms, ammunition, or components or combination thereof on Town property, in Town buildings or on certain other areas owned by the Town.”

As noted in a staff report, council members will have three potential outcomes to vote on at next week’s meeting on April 13, a town spokesperson confirms.

The council could vote to adopt the ordinance as written, defer consideration until budgetary impacts are determined, or advertise a public hearing to get public input.

This is the second time that the council has discussed a firearms ban as part of a work session after an initial conversation took place in September in response to Virginia General Assembly legislation that took effect last summer.

The state bill permitted localities to adopt their own ordinances prohibiting firearms in public facilities.

Herndon is a bit behind other local jurisdictions in considering a ban.

Arlington County and the cities of Alexandria and Falls Church have already instituted a ban on firearms on locality-owned property, including courthouses, public parks, and community centers, and at public events. Fairfax County also adopted a similar ordinance for all county-owned spaces in September.

The staff report notes that Herndon’s ordinance is similar to the county’s, but “tailored to Herndon.”

The proposed ordinance calls for “increased security measures” like metal detectors to prevent access to these areas while possessing a firearm. It also mandates that a written notice about the ordinance be posted at entrances to the areas where the prohibition is in effect.

The staff report says that, so far, there has been no opportunity to determine the fiscal impacts of the law, including installation of metal detectors and posting signage.

The ordinance would have some exemptions. For instance, law enforcement, security personnel hired by the town or the state, active duty military personnel would be allowed to have firearms on public property, and educational activities like static displays and historical reenactments would be permitted.

The ordinance could also potentially allow for lawfully possessed firearms stored in a locked, private motor vehicle that is lawfully parked on town property or a public street.

A violation of the ordinance would be punishable as a class one misdemeanor, which carries a sentence of up to 12 months in jail and a $2,500 fine.

Back in September, nearly all of Herndon’s councilmembers reached a consensus that more public input was needed, along with further research into how the ban was being enacted in neighboring localities.

Several councilmembers noted that a ban on firearms on town-owned property would need to clearly communicate that all guns are not going to be confiscated individual owners. Councilmembers also raised concerns about whether the ban would hold up legally, considering that the U.S. Supreme Court has ruled in favor of individual gun owners in the past.

However, more recently, the Supreme Court has declined to rule on such cases.