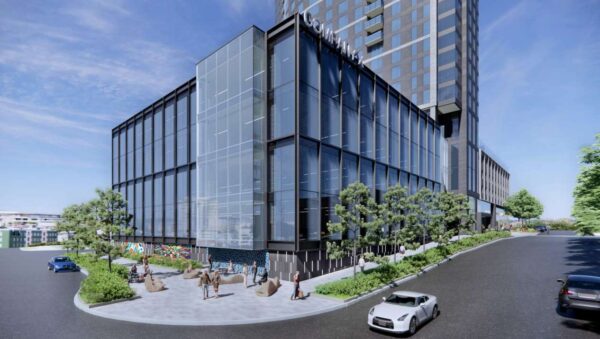 The Fairfax County Planning Commission gave its support this week to the Reston Gateway developer’s plans to swap retail space for offices.

Boston Properties, the developer behind the multi-phase development being constructed next to the forthcoming Reston Town Center Metro station, wants to switch its designs for a structure previously slated for retail, restaurant, and residential use by scaling back retail space and bringing offices there.

The planning commission voted on Wednesday (May 19) to recommend the changes that will go before the Fairfax County Board of Supervisors on June 22.

The overall development calls for office space for Fannie Mae as well as Volkswagen of America in Blocks A and B, but Boston Properties wants to transfer office space approved there to Block D, legal representative Mark Looney said at the meeting. 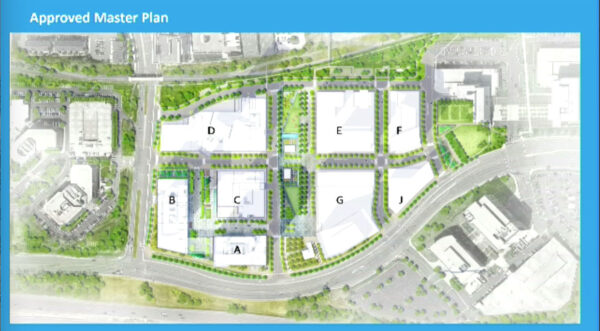 “That was planned to be a residential building from the beginning,” Looney said of Block D, a site located along Town Center Parkway that potentially could have two residential towers of up to 36 and 12 stories.

The proposal calls for up to 78,000 square feet of transferred office space in Block D. According to a county document, the square footage of development in Block D would be reduced from 731,000 to 650,832 with the changes, which would eliminate restaurant space and reduce retail space by 63%.

Phase I of the project, which consists of Blocks A through D, permits up to 2.23 million square feet of development.

Looney, an attorney with Cooley helping to represent the project, told Reston Now that the parking garage reconfiguration would mean more parking spaces for Block D are underground than above ground. The parking garage will still have at least four levels above ground, he said in an email.

County staff also have worked with the developer regarding the aesthetic of the building, given the proposed adjustment.

With the parking garage on the ground level, design improvements such as artwork are envisioned to facilitate pedestrian use.

“We will work with Public Art Reston on the extent of the public art, we will show it to the zoning administrator for their input and then ultimately, the Reston Town Center [Association]…Design Review Board has final say over what’s to be installed,” Looney said. “But we hope that that collaborative process will result in a better building and a better design for all concerned.”