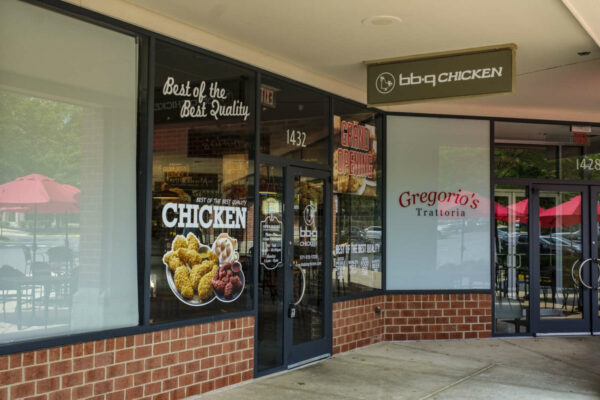 The Korean fried chicken eatery opened its doors at North Point Village Center on June 27, and its first week of business has been a success, according to franchise manager Sabina Cho.

Occupying a space previously filled by Jerry’s Subs, this is bb.q Chicken’s first franchise in Reston, but the chain has established more than 2,000 locations nationwide since coming to the U.S. in 2014.

A spokesperson told Reston Now in May that the company is working to expand its presence in Northern Virginia, which also includes restaurants in Centreville and Falls Church.

Because of its relatively small size, bb.q Chicken’s Reston location was actually designed to cater more to takeout customers, Cho says, but it has a few tables for patrons who would prefer a sit-down meal.

“We would love to have more dine-in customers,” she told Reston Now.

The menu includes about a dozen different flavors for the restaurant’s signature chicken wings, from the golden original version to soy garlic and a galbi flavor intended to evoke the Korean-style barbecued ribs. There are also other Korean dishes, such as kimchi fried rice, and various side dishes.