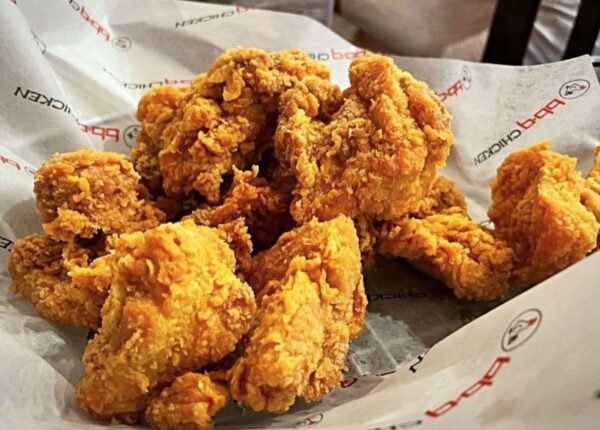 Bbq Chicken at 1432 North Point Village Center in Reston is targeting a July 4 opening, a restaurant representative tells Reston Now. Build out is currently about 75% finished.

The location was previously a Jerry’s Subs that closed in September 2019.

The restaurant is part of a national franchise with close to 2,000 locations across the country, but this is the first one in the Reston/Herndon area. There is a location in Falls Church.

Several more locations of bbq Chicken are being planned for the area, including in Herndon and Ashburn, by the end of the year, the restaurant representative says.

The franchise specializes in Korean fried chicken with menu options for spicy, honey garlic, and more traditional Korean flavors like galbi (sweet with sesame seeds) and gang-jeong (cinnamon and spicy).

The bbq Chicken spokesperson says the company is expanding the number of locations in Northern Virginia, because Korean fried chicken has traveled well and can be easily prepared for pick-up and delivery.

They chose North Point Village as the restaurant’s introduction to Reston because the shopping center provides substantial parking with good access for delivery drivers.

The shopping center also will have a sushi restaurant opening in it in November of this year. Earlier this year, Christie-Adam Salon and Spa opened, replacing another hair salon.

North Point Village Center opened in 1993 and was the last of Reston’s five village centers to be built.