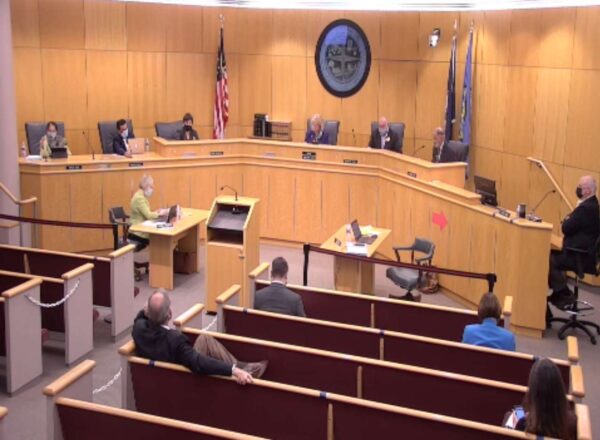 After months of deliberation, the Town of Herndon has officially eased restrictions on accessory dwelling units.

The changes, approved unanimously by the Herndon Town Council earlier this month, allow the by-right use of ADUs in single-family units. The move eases current restrictions on renting out spaces inside and in detached units, which are were previously allowed only through special exceptions. The change also removes the age restriction on ADUs to those over 62 or disabled.

“People have told us they want it,” said council member Signe Freidrichs.

Councilmembers said the policy change was a good method to increase the stock of affordable housing in the town while ensuring that the town’s essential workers and teachers could live where they worked.

“This is part of an overall revitalization of housing in Herndon that needs to be addressed,” said council member Cesar del Aguila, adding that he was not worried about the impacts of easing restrictions on ADUs.

While issues like changing the character of neighborhoods and overburdening infrastructure may arise, council member Pradip Dhakal noted that people are already renting out portions of their homes.

He said he was hopeful it would boost the town’s supply of affordable housing. He cautioned that it was not a solution to the issue.

David Stromberg, the town’s zoning administer, emphasized that residents would still need to comply with a variety of other requirements.

Town of Herndon Mayor Sheila Olem also noted that residents would still need to go through the zoning and permitting process, requiring code-compliant stoves, staff review of plans, and property inspections before the space is occupied.

Councilmembers debated the merits of allowing the by-right use of ADUs for townhouses. Councilmember Sean Regan suggested asking the town’s planning commission to revisit the issue in a separate process.

While the effort is intended to allow the slow densification of the town, Stromberg said he only expects two or three by-right uses every year.