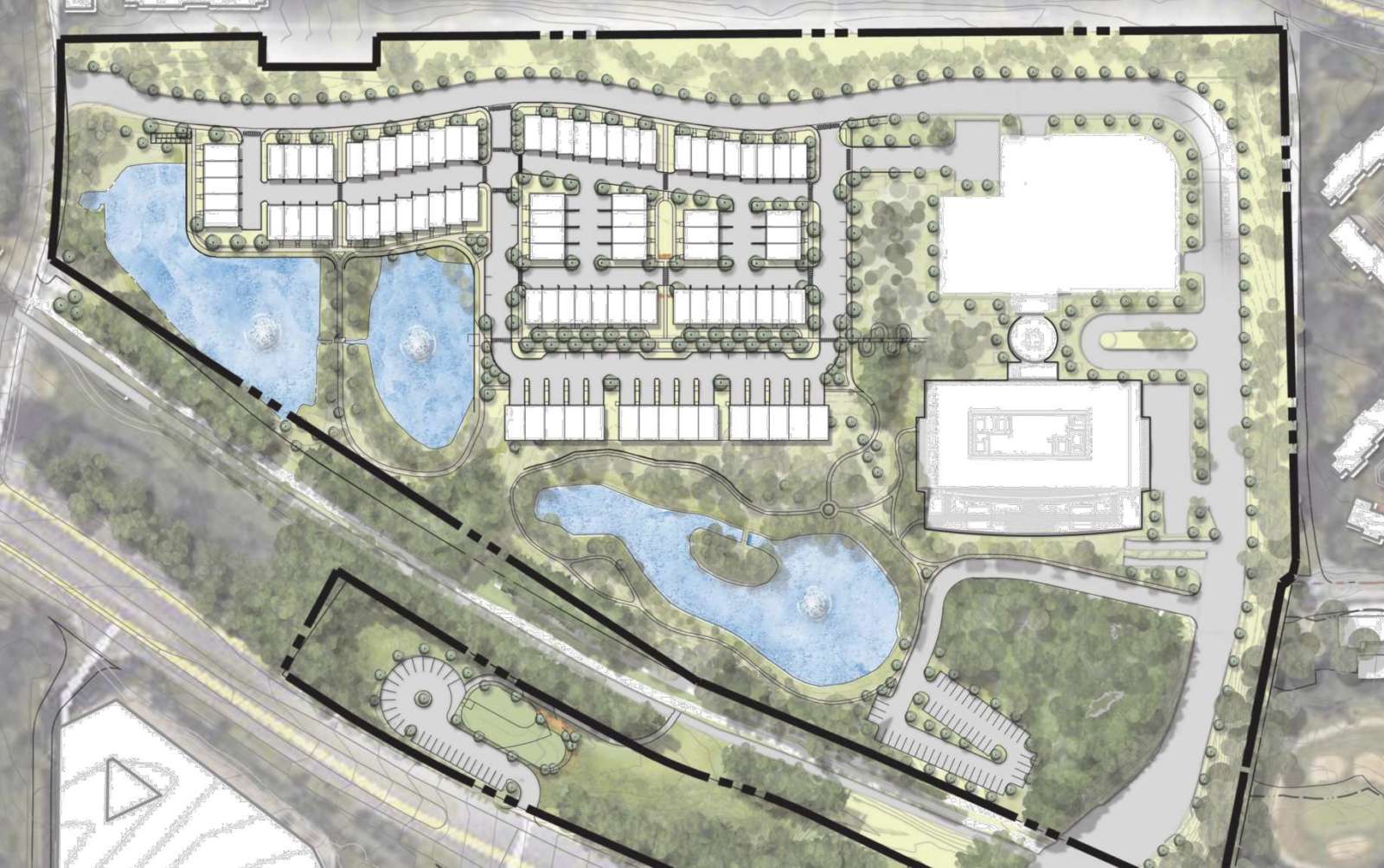 A proposal to potentially add up to 90 townhomes near Hidden Creek Country Club is up for a planning committee vote tonight, a decision that will serve as a key indicator for how Fairfax County officials handle the project.

The Reston Planning and Zoning Committee, an advisory group to the Fairfax County Planning Commission and Board of Supervisors, is slated to vote at the 7:30 p.m. virtual meeting on the 28-acre project at 11600 American Dream Way.

The property owner — an affiliate of Connecticut investment firm Wheelock Street Capital — has been making adjustments on the project in response to meeting with the committee and public. It purchased the property from Fannie Mae in 2018 for over $95 million.

Scott Adams, an attorney with McGuireWoods, presented in November before the Reston Planning and Zoning Committee. Changes include 9.28 acres that will be publicly accessible open space and repositioning gates on American Dream Way to only restrict access to the existing office compound.

“[Thoughtful], high quality site design is proposed to create a development that will further the Comprehensive Plan goals of mixed use development, significant park spaces, trail, and public art,” Adams previously wrote in a November 2020 statement seeking to justify the project.

The law firm hosted meetings in December and January with community members, too, but residents are still voicing concerns.

An affiliate of the investment firm, Wheelock Communities, acquired Hidden Creek Country Club in 2017 for $14 million and has sought to convert the golf course into a residential community. Residents have voiced their opposition, with Hunter Mill District Supervisor Walter Alcorn backing their views on keeping the course, suggesting that public officials wouldn’t allow that kind of development there.

Even with the Fannie Mae redevelopment changes, the project conflicts with the Reston Comprehensive Plan as well as the character of the community, according to Reston Citizens Association President Lynne Mulston, who noted the association was merely acting as a messenger for nearby residents’ concerns. (The county is still studying the possible comprehensive plan amendment.)

“Ninety townhomes is just too much,” Mulston said, noting how residents have sought to scale back the project. “It’s just way out of whack.”

Earlier, residents raised concerns about how the project could affect northern neighbors’ access to American Plaza Shopping Center, providing access to Whole Foods groceries and other amenities. Fannie Mae previously worked with Reston Association to create a sidewalk in the area, Mulston said.

“As with any rezoning in Reston I encourage the applicant to work with County staff, concerned members of the community, and Reston P&Z to address issues raised before the application goes to public hearing before the County Planning Commission, currently scheduled for March 9,” Alcorn said in a statement.

The project would still keep the option to create two office buildings, a previously approved use, officials have noted. The former Fannie Mae office building is slated to remain.