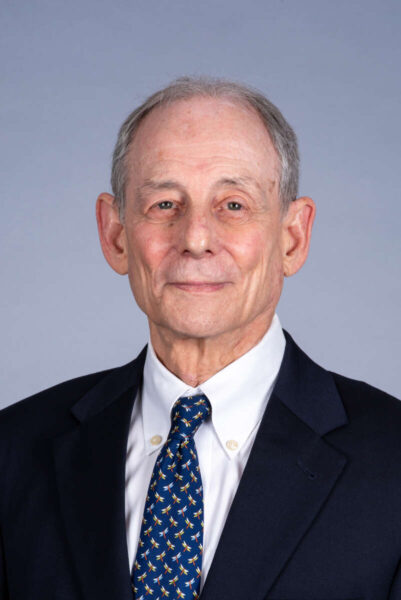 Voting in the 2022 Reston Association Board of Directors election will run from March 1 through April 1. This week, we will begin posting profiles on each of the candidates. The complete election schedule is available online. All races are uncontested, but a 10-percent quorum must be met.

Featured here is Irwin Flashman, who is running for Lake Anne/Tall Oaks District Director With the exception of minor formatting edits, profiles are published in unedited form. Each candidate had an opportunity to answer the same questions in their own words.

My wife and I moved to Reston in 2009.  I had lived in Puerto Rico for forty years and we were looking for a place to live following my retirement.  We took several trips to the Maryland, Washington, D.C. and Virginia area.  One of my friends mentioned Reston to us.  We visited and were attracted by its environment, its lovely treed setting and wooded areas, its trails, lakes and streams.  The availability of many facilities in the area and its proximity to Washington, D.C. were clear pluses.

In 2013, the RA Board proposed trading RA land for other land that would be useless to it.  I went before the Board and explained in detail my reasons for opposing the proposal.  The Board did not change its mind.  Since then, I have followed the Board’s and several committees’ activities closely.  I served on the Environmental Advisory Committee (EAC) for 9 years, 6 of them as its Vice Chair.  I have also supported candidates running for the Board.  This time, some friends urged me to run for the Lake Anne/Tall Oaks seat and thus become a full participant.  I agreed that by being on the Board I could do more than by commenting at its meetings for three minutes.

What are three of the biggest concerns you have for Reston and what do you hope to accomplish by being on the board?

The preservation and enhancement of Reston’s environment is paramount, especially in the face of the existential challenge presented by climate change.  It is well past time for Reston to take the environment and climate change fully into account as it considers its actions.  Additionally, RA needs to minimize its contribution to climate change by becoming energy conservation conscious and avoiding the production of CO2.  Among other things, RA can plan to convert its fleet of vehicles to electric vehicles over the next few years.  Of course, the preservation of the open space is an essential part of this approach, not only of RA land, but also the land of the two golf courses that have been dedicated as such since the inception of Reston.

Another point of concern is the protection of RA’s interests in the Reston Comprehensive Plan, whose draft revision is currently being finished up and will be placed before the public for comment.  Due recognition of RA’s contribution to recreational facilities and amenities, including its trails, should be given in the Plan.  New developments already constructed and to be constructed, especially in the TSA, should be encouraged to join RA and participate fully as members.  Additionally, the County should provide that some portion of the proffers from developers should be granted to RA for the continued maintenance and creation of adequate facilities which are and will be used by the residents of these new housing units.  The growth contemplated for Reston should be accompanied by adequate and timely infrastructure to meet the increasing demands from that growth.  At the same time, the characteristics which make Reston Reston should be preserved.

The third issue is the need for greater transparency from the Board.  RA is a membership organization.  Its obligations are to protect and enhance the value of real property covered under the Deed, as well as to maintain it, the recreational facilities and common areas for the benefit and use primarily of its members, and to promote the peace, health, comfort, safety and general welfare of its members.  To do so, the Board needs to have consistent and meaningful two way communication with the RA membership.  The Board has done this at a basic level, but on some matters, it has been less than open.  It can improve its transparency by keeping the membership timely apprised of not only the good things it does, but also of the issues which arise and present problems.

I want to work with other members of the Board to address these concerns in meaningful ways for the benefit of the membership.

During my service on the EAC, it evolved into a group with expertise in many areas.  This resulted in the creation of the Reston Association State of the Environment Report (RASER) and the later inclusion in it of an initially separate report on Climate Change.  The report examines impacts on Reston, and ways to reduce its contribution to and enhance its resilience to climate change.  This experience and knowledge will assist me making things happen regarding the first item of concern noted above.  I have over many years closely followed the Board’s and some of the committees’ work and am aware of how things get done or not.  I have been on other membership corporation boards.  Communication is a basic element of getting things done.  I am aware of the importance of good clear communication, not only with Board members, but also with the RA members.  I will listen to the members from my district and keep their concerns in mind while looking for solutions to the issues they may bring to the fore.