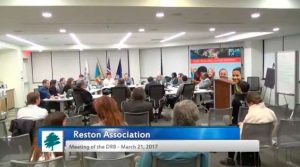 The Church of Jesus Christ of Latter-Day Saints has been granted permission to continue work on expanding the parking lot at its Poplar Grove Drive facility.

The decision to re-approve the church’s expired permit through July was given by the Design Review Board during their Tuesday meeting. The permit had originally been granted by DRB in 2014, with work to be completed by February 2016.

Both then and now, residents of neighboring Birchfield Woods Cluster have expressed their displeasure with the project, with concerns including potential decreases of property value, impact to wildlife, and the loss of a “buffer zone” between the church and the community. DRB members heard their statements during Tuesday’s meeting.

“We did go through all of those topics originally, and it’s always a balance when you’re trying to make decisions about this,” said DRB chair John Kauppila. “On any application, there’s always some challenges that we have to work through and try to find compromise, and it’s tough.”

The church had originally applied to add 51 spaces to the property. During the approval process in 2014, that number was whittled down to 39. The number of trees to be removed was also changed, and the church is being required to plant replacement trees and shrubs. Church representatives said a landscape bond is being held by Fairfax County, and it will not be released until an inspection of that work has been completed.

The project was delayed during the Fairfax County permitting process, church representatives said, which resulted in the permit expiring. Birchfield Woods residents also said they would like to see the church punished for conducting work on the project in December 2016, after the original permit had expired. That work was halted after residents filed a complaint with RA staff.

Nick Georgas, DRB’s landscape architect member, said the delay was punishment in itself.

“I think their penalty is having to demobilize the site for a significant time, at cost to the developer and the church,” he said. “I think they’ve been penalized through that effort [for] lack of paying attention to the permits.”

Chip Boyd, Birchfield Woods Cluster president, remains concerned that a traffic study has not been completed on the entrance to the community and church — a single entrance from Lake Newport Road.

“We have a lot of issues with cars not following traffic patterns there,” he said. “If we’re adding 39 more cars that are going to be involved in that situation, I didn’t see as part of this a traffic review study.”

Any such study would be under the purview of Fairfax County, Kauppila said. 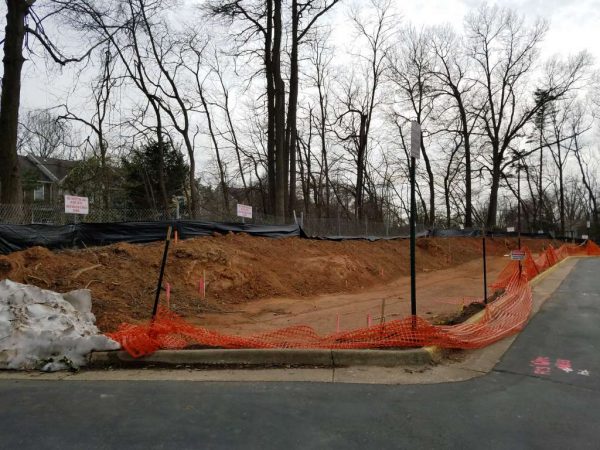 At its meeting tonight, the Design Review Board will consider the renewal of a permit to expand the parking lot at the Church of Jesus Christ of Latter-Day Saints (1515 Poplar Grove Drive).

The church, located near the intersection of Fairfax County Parkway and Lake Newport Road, was given permission by DRB in 2014 to expand the lot. The work was not completed immediately afterward, however, which has resulted in the expiration of the church’s permit. 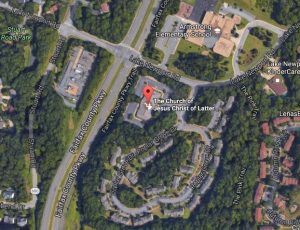 Residents of Birchfield Woods Cluster on Poplar Grove Drive have continued to express their opposition to the project, which would add 39 parking spaces to the southern end of church property. Residents are concerned about, among other issues, an increase in noise and a loss of trees that create a “buffer zone” between the church and the community. That will have an adverse effect on their property values, they say.

“The only way into and out of the Cluster is via the entrance off of Lake Newport Road, [and] that entrance is the first impression potential buyers receive of our community,” said Marcelo Borda, vice president of the cluster association, in a letter shared with Reston Now. “The planned parking lot expansion proposed by the Church directly, negatively impacts that first impression.”

Other agenda items for tonight’s DRB meeting include site grading for the Glade Drive sidewalk project, the site lighting and landscape plan for the IntegraCare facility at 2222 Colts Neck Road, and a tear-down project on Ring Road. 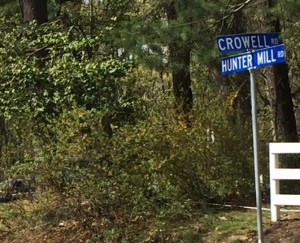 The Church of Jesus Christ of Latter-Day Saints will go before the Fairfax County Board of Zoning Appeals next week to get clearance to build a new church on Hunter Mill Road.

The church, which was supposed to appear before the BZA on June 15, asked for a postponement until July 13. The church has filed a special permit exception in order to build a 16,558-square-foot location at Crowell and Hunter Mill Roads.

The special permit exception would allow the church to build a place of worship on land designated residential on the Vienna-Reston line.  Because it is a special permit, the church would not have to go through the Fairfax County Planning Commission or the Board of Supervisors for final approval.

Lori Greenlief, a planner with McGuire Woods, which is representing the church, previously said the parcel is 7.15 acres of land. It is across Crowell from where the Oakcrest School is building a new home and down the road from where Fairfax County is considering building a new septic tank dumping site.

Both of these developments have caused traffic concerns for Hunter Mill-area residents.

The church plans a one-story building with 292 seats and 233 parking spots.

Area LDS churches in North Reston (which is expanding its parking) and Oakton will not be closing if the project is approved, Greenlief said.

Greenlief said the church has completed a traffic study, which showed minimal to no impact during peak weekday morning and evening traffic. The main activities at the church will take place on Sundays, she said. 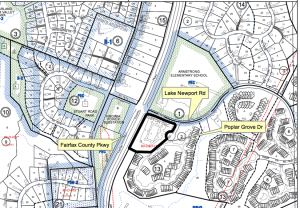 The Fairfax County Board of Supervisors has approved a request for a North Reston church to add nearly 40 spots to its parking lot.

The Church of Jesus Christ of Latter-Day Saints at 1515 Poplar Grove Dr. seeks to increase parking from 121 to 160 spaces and replace an existing shed.

The proposal is a continuation of a quest that began two years ago.

The new plan calls for planting of replacement trees and shrubs to provide a 25-foot buffer, as well as a tree preservation plan.