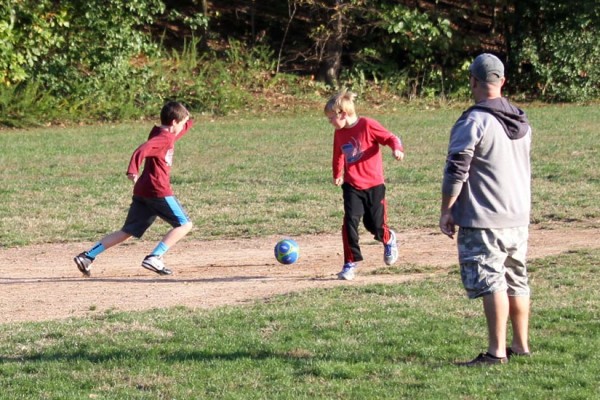 Where people will live and work in the Reston of the future has been spelled out in changes to the Reston Master Plan, which the Fairfax County Board of Supervisors will discuss on Jan. 28.

But where will they play?

Athletic fields have continued to be a sore spot for development watchers. Reston 2020, for instance, says that with tens of thousands of additional residents likely to move into high-density areas around Reston’s three transit stations there will also be an increased need for more athletic fields.

There already is an existing field deficit, the master plan points out, especially in the area lining the Dulles Toll Road, which was formerly designated as commercial only. Growth and development planned for that area, as well as in the one-quarter mile area closest to the transit stations, “will exacerbate the existing deficits,” the Master Plan draft amendment says.

The draft formulated by the Reston Master Plan Special Study Task Force originally called for 12 additional athletic field to be added in Reston based on projected population growth of about 44,000. The final version that passed the county planning commission last week asks for at a minimum, three fields to be built — one near each of the transit stations.

“The provision of new athletic fields that require larger land areas within Reston TSAs (Transit Station Areas) is especially important and challenging,” the report states. “Creative approaches to providing for sports needs in Reston will be necessary, including integrating facilities within development areas, on rooftops, over stormwater detention facilities, in utility corridors and other alternative locations.”

Last fall, Reston Association (RA), Reston Citizens Association (RCA) and the Alliance of Reston Clusters and  Homeowners (ARCH) formed a joint committee aimed at excellence in the final Master Plan Draft. One of its highest priorities is ensuring open and recreation space in the TSAs.

In a letter to county planner Heidi Merkel, the committee asked that the recommendation “of construction of  new athletic fields within the study area with a preference for new field locations within or near each TSA” should include more specific numbers.  The committee suggested a goal of adding 25 fields should be added, 10 of them in the Reston Parkway and Wiehle Station areas.

Those numbers were not added to the plan.

Terry Maynard, a Reston 2020 officer and a member of the Reston Master Plan Special Study Task Force, is particularly peeved at the fields getting short shrift. County planners are using unapproved urban standards in looking at the future and not the county-wide standards they should be applying, he says.

“The result is that less than six percent of the total Reston station area space will be devoted to parks.By comparison, NewYork City’s Manhattan Borough, the most densely populated, most densely employed, and most valuable piece of urban real estate in the United States, has more than 19 percent of its land devoted to parks and recreation.”

“This draft plan athletic field proposal for Reston’s station areas, indeed, the Reston urban parks planning in general, is unacceptable,” says Maynard. “It stands in stark contradiction to Reston’s values, including the PlanningPrinciples in the draft Reston Plan. It assures second-class status for tens of thousands of prospective Reston urban residents.It guarantees that Restonians will see their privately-held open spaces and athletic fields overrun by new residents.”

Sports parents: Will scheduling field time for games and practice get worse if facilities do not keep up with population growth in Reston? Tell us in the comments.