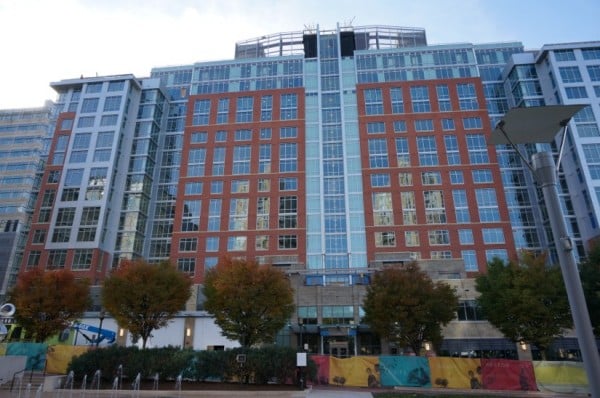 Multifamily housing is a growing trend, says the George Mason Center for Regional Analysis. But in order for it to continue to be successful, there needs to enough to appeal to residents at all price points.

The CRA recently issued a new report, Multifamily Housing in the Washington, DC Region: Demand and Supply Trends, which warns that although new rental housing construction has “increased in the region over the past three years, it has been increasingly high-end rental units located in particular submarkets.”

This may be food for thought for local developers who are eying Reston as a place for hundreds, even thousands, of multifamily units as Reston morphs into a transit-oriented community.

Changes to the Reston Master Plan, which were approved by Fairfax County Supervisors earlier this week, allow for up to 27,900 units of residential development (including existing), an increase of 14,695 from the previous plan.

Is Reston ready for that many units, especially if they come with luxury-sized rents? The newer Reston properties are commanding a high price. At the Avant, for instance, amenities such as granite counters and an on-site yoga room start at $2,157 a month for a studio apartment. A two-bedroom costs more than $2,800 a month.

The other buildings under construction are expected to have similar rents.

While a certain number of Reston’s new units will be set aside as affordable housing, the report says developers will need to be more flexible as the needs of those who seek to live in multifamily buildings change. Many middle-income residents and families who may have formerly opted for a single-family home will seek to live in multifamily housing close to a transit station and amenities, the CRA report says.

“Although much of the recent multifamily housing development in the Washington region has focused on one- and two-adult households under 35 years old that have dominated the submarkets in The District, Arlington County, and Alexandria, multifamily housing will need to change in order to meet the demands of an increasingly diverse market,” says the report.

“Multifamily housing, whether rental or owner-occupied, is no longer the housing of last resort. Increasingly, residents choose these options to be closer to jobs, shopping, restaurants, and parks; to reduce maintenance responsibilities inherent in single-family homeownership; or to allow for greater flexibility and mobility in employment. Further, for many households traditional ownership may not be accessible due to wage levels, salary instability, or lack of affordable financing.”

Other findings from the report:

* While newly developed multifamily units have mainly met the needs of individuals and households with above-average incomes, the rising rents and asking prices for these units put them out of reach of many recent college graduates and younger families. As renter incomes decline, and rents and home values increase, fewer housing options are available to middle-income and low-income households. Moreover, the growing number of college graduates moving to and working in the region will need affordable housing options such as smaller units and shared apartments.

* There will also be a growing need to preserve the existing stock of low- and moderate-income housing, especially Class B apartments to provide housing for the growing number of service and health industry workers in the region.

* Region-wide, the demand for multifamily housing will continue to rise, with approximately 66,000 households in need of units. These households will be likely to earn less than $100,000 annually and be younger than 35 years old.

* New multifamily permits peaked in 2012, meaning that new multifamily development will slow after the 19,000 units scheduled to deliver in 2014 are completed and absorbed by the market.