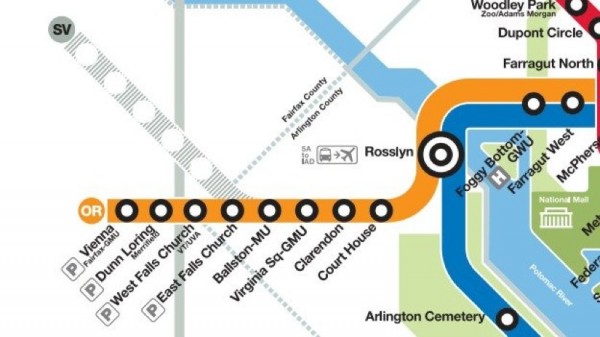 Reston residents could have a clearer picture next week of when they can begin riding Metro’s Silver Line.

Pat Nowakowski, executive director of the Dulles Metrorail Project, tells WTOP that the Metropolitan Washington Airports Authority will announce on Monday its findings from the 15-day review period in which MWAA would  determine whether the rail is ready for the next phase — and a possible opening date.

The contractor that built the Silver Line Phase 1, which will run from Falls Church to Reston’s Wiehle Avenue, said Feb. 7 that it had reached “substantial completion” and was ready to turn the rail over to Metro for further testing and readying for opening.

Once the project is turned over to Metro, it should open within 90 days, though several officials said they do not think Metro will need that big of a window for testing.

The project, which reportedly loses $2 million each month the rail is not open, has already had significant delays. MWAA officials originally estimated at December 2013 opening based on an August handoff. Last summer, that was extended to early in 2014. In November, it was discovered that tracking software needed to be re-tested.

Wiehle-Reston East will be the terminus for the rail line for at least five years. Phase 2 of the Silver Line, expected to be completed about 2018, will run from Wiehle to Reston Parkway and Herndon Monroe, then to Dulles International Airport and into Loudoun County.

In other transportation news, the Northern Virginia Congressional delegation announced on Friday that it has been given the U.S. Department of Transportation’s TIFIA Credit Council’s preliminary approval to move forward on a nearly $1.9 billion federal loan, representing about one-third of the total cost of the Silver Line Phase 2.

With that funding, the burden would likely be taken off Dulles Toll Road users to help pay for the project.

This is very positive sign and will go a long way toward helping keep tolls down on the Dulles Toll Road,” Rep. Frank Wolf said.  “It shows the federal government’s continued support for and commitment to this project.