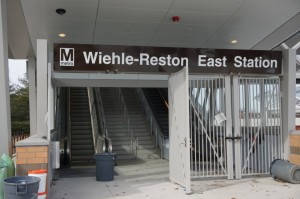 The opening of Phase 1, which will run from East Falls Church to Reston’s Wiehle Avenue, is more than six months behind its projected opening schedule, though neither Metro nor the Metropolitan Washington Transit Authority (MWAA) announced a firm opening date.

Operational readiness (ORD) means that MWAA, which built the $2.9 billion extension, is finished with its part and Metro can now begin a 90-day training and inspection period.

“We are very, very pleased to get to ORD,” Troup said in a conference call with reporters. “Service is going to be significant to the people in Northern Virginia.”

There was no announcement about when the line will be open for service, however.

“We feel we are in a very good position,” Troup said in response to a question about opening this summer. “We are working closely with MWAA, and they have allowed us to get our personnel in there early and we have done training for station managers [and other personnel].  I don’t want to give anything definitive. We may have to push [the opening] beyond if we find something of concern to us.

“But we are testing, hiring and training and feel we are in a very good position.”

Troup said there are a few small items that MWAA contractor Dulles Transit Services needs to address in the coming days. Among them: contract progress and paperwork; drainage systems in stations; and fencing work that needs to be finished.

The bobbing track issue and faulty station speakers have been fixed, Troup said.

Other news of note:

About a week prior to opening, there will be simulated rail service, where trains will run on their regular schedule. The simulated service will not include passengers. When the line opens, trains will run every six minutes during rush hour and every 12 to 20 minutes at other times.

One will be a drill simulating a “real life scenario,” he said. The other will simulate an emergency on the aerial tracks near the Spring Hill station. The drills will likely occur on a weekend, but no date has been announced.