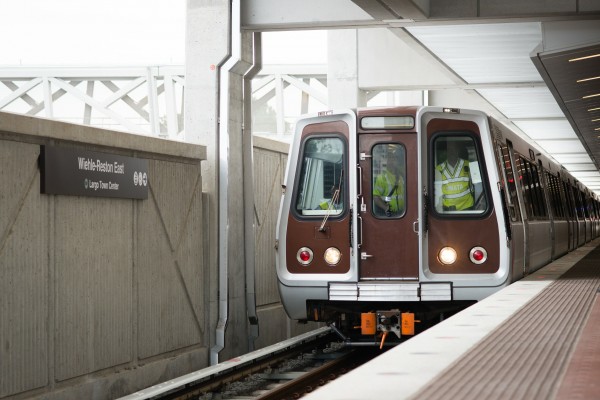 As of Sunday evening 345 people answered our poll. Here is what they had to say:

Plenty of readers chimed in with their thoughts on the new Metro line, the first line addition since 1991.

Here is what some of them had to say:

Lightcommuter: I commute just 15 minutes to Tysons but still thought leaving the car at home would be nice. That short trip by metro took 1 hr (with bus) and cost $8, compared to my free parking at the office. I haven’t used the silver line since. But it does seem to be lightening traffic – will see if that continues after school starts back up.

Jon: I ride with Daily commuters and we have nicknamed this line “The Silver Long”. It’s awful for commuters. Thankfully they still run the Crystal City/Pentagon Express bus. It only takes 25 minutes.

Restoncommuter: For me, it has added time and money to my commute to downtown. I used to take the bus to West Falls Church then Metro to Foggy Bottom. Now I pay the same bus fare to take me further west to get onto the Reston station which extends the metro trip which adds time and money. Bummer, it probably helps people west of Reston, but not for the residents who were already taking public transit.

JJSKI: Pros — Previously drove to Vienna station from South Lakes, so I’ve shaved about 10 minutes off each way. Cons — Paying more to commute by bus/rail. 551 and RIBS2 are never on schedule in the afternoon.

Steve: The only complaint I have is with the Metro and Fairfax Connector employees who are parking their official vehicles in the Kiss&Ride lot instead of the main garage. By taking five or more spaces a day away from people dropping off and picking up commuters, these employees are creating needless traffic congestion in the Kiss & Ride lot.

Freeway1: Who rides FROM the Silver Line? Meaning who lives close enough to walk there? Not many really and not for years yet. What a waste of tax payer money. Also, why is it above ground? Its the ugliest thing I’ve ever seen and has made Rt. 7 as wide a I-495 defeating the purpose of making Tyson’s “walkable.” No logic went into this project at all.

To see more comments or take the poll, read the original story on Reston Now.